A look back at Wii U: Year one

This time one year ago a small number of North Americans were getting to know the Wii U for the first time. Europeans and others would follow, although after that initial launch period the system sales slowed to a gradual crawl, and while Nintendo has delivered some great titles to that small install base in the last twelve months, it remains clear that something is awry.

Yet the failure of the system to take off in the same way as its predecessor, apart from being more or less expected, has been seen throughout the last year to be an issue of timing and communication more than system stability or game quality. The comparison has been made many times before but, like Sega’s ill-fated Dreamcast, Nintendo put out a machine that embraced the game conventions of the future well before their full implications were understood by the gaming public, and did so at a time where their competition had not yet taken solid form, and so was impossible to fight. 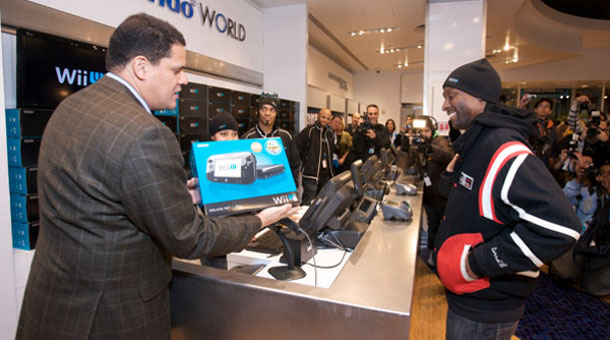 Timed as it was to release a full year before the then-mysterious next gen consoles from Sony and Microsoft, Wii U was frequentlyÂ measured against these mythical high-powered machines, and obviously came off third-best. Let’s not kid ourselves, the Wii U operating system itself never felt like a huge leap forward, even at launch. Lengthy load times and clunky multi-tasking were things the other two companies were already claiming would be a thing of the past in the next generation. Third party support, while peaking a little at launch, disappeared almost entirely once it became clear the hype train would not be arriving on time, and the system’s internet capabilities could best be described as ‘getting there’.

Since launch much has changed, and much has stayed the same. The eShop has become legitimately more progressive and navigable than either the Xbox Live Arcade on 360 or the PlayStation Store on PS3 ever were, offering curated sections, an easy-to-explore layout and regular discounts and sales. OS performance has also improved, although still feels segmented and a little laboured.

In terms of software there’s no arguing that quality releases are coming with the frequency they are on other systems, but there’s also no denying there’s been more than enough great software in this first year to justify a purchase. Between a raft of indie games, third party ports and Virtual Console titles, punctuated by the occasional exclusive release, there’s been enough to play. Nintendo’s really stuck to their guns in making a place where games are games, and whether old or new, big or small, they’re all given an equal place. 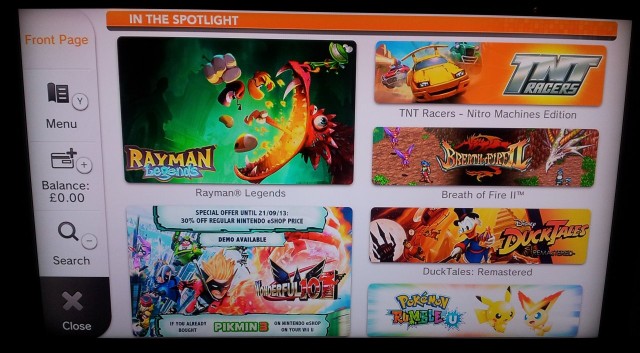 However a lack of fun games is not the issue primarily keeping the Wii U out of more homes. Â The thing that’s changed the least in the last year is a public perception, not helped much by Nintendo’s spotty consumer relations, that the Wii U is little more than unnecessary upgrade to the Wii that sits somewhere between that system and a PlayStation 3 in capabilities.

However the truth is the Wii U was a concept of incredible potential at launch, and over the course of the past year has given hints at how that potential might be realised.

Depending on how you look at it, Nintendo’s either produced an in-between system with a very small potential audience (perhaps with an aim to bigger and better things once their development process and network capabilities are improved), or they’ve once again predicted and acted on the next big moves of the gaming world, but failed to capitalise on it.

While it’s certainly possible Nintendo needed a stepping stone console in which to sort out HD development, network architecture, cloud services and the like, I favour the latter view. The Wii U doubled down on several ideas that now look to change the way we play video games at home. The first is second screen gaming. 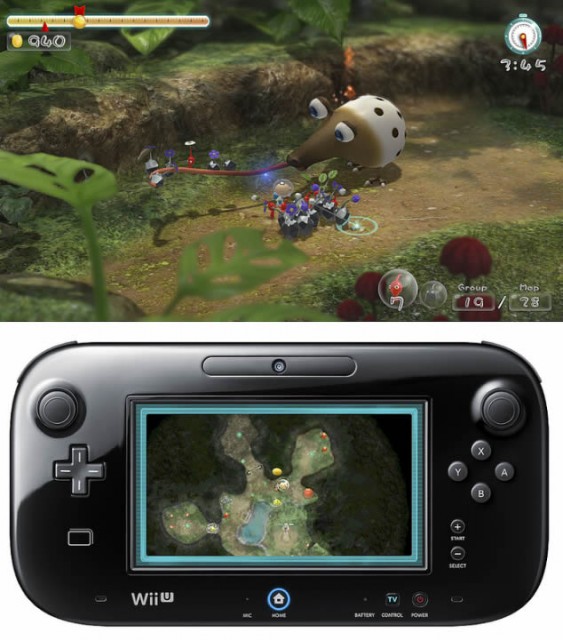 By the time Microsoft announced Xbox SmartGlass, Nintendo was just months away from launching Wii U. While the focus of the two products would turn out to be quite different, the driving thought behind both are the same: augment the game experience with an easily accessible second screen. The gamepad’s lack of its own processing capabilities has proved to be a blessing and a curse, as interaction between the TV and gamepad are made in seamless real-time, but are limited by the functionality each developer chooses to build in. While applications for the feature on Wii U have been hit-and-miss, there have been several standouts (Wind Waker HD) and some brilliant ideas not yet taken to their full potential (Zombi U).

The second feature is remote play, a system that’s also been in development for a long time at Sony, but which has only just approached an appropriate level of stability with the launch of the PS4. The feature is really a perfect solution to Nintendo’s goal of maintaining the living room as a family space and removing the alienating effect game consoles can have on non-players. Of course one of the main issues here has been the difficulty in offering both second screen functionality and remote play, which has forced developers to either focus on second screen at the cost of remote play or allow remote play and have purely optional second screen functionality.

The third feature is asynchronous multiplayer, a system growing in popularity among indie developers that’s sure to have more and more of a presence as the generation goes on. The traditional dynamic of local multiplayer has been to cast two or more players as similar characters doing similar things and interacting in the same space. In the past games have simply not been complex enough or systems powerful enough to generate and keep track of two interdependent rulesets at once, but that’s exactly the aim of asynchronous multiplayer, and Nintendo’s set itself up to allow such systems in a local context. 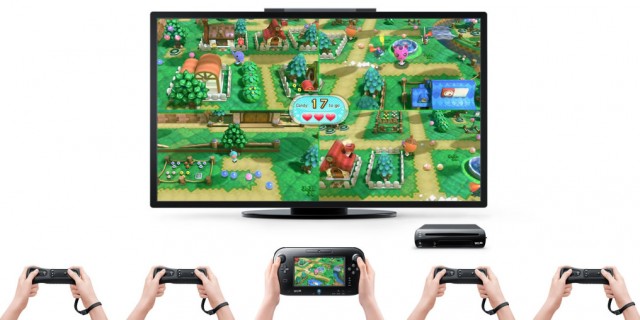 The fourth and final feature is social interaction. Realising the potential of conversations and activities outside the game software to build a dedicated community and ongoing conversation, yet constrained by their ever-present need to control and monitor that conversation, Nintendo created their own social network in Miiverse. A bizarre concept to try and explain to anybody not familiar with it, Miiverse has more or less succeeded in integrating social media directly into games in ways not possible for other systems that work off Twitter and Facebook. The trade-off of course is that it’s a very insular system with little potential to ensnare those that aren’t already playing Wii U games.

It’s a little startling to realise just how strange and unexpected these points were when Wii U was first announced, but how each one has since wound its way into the everyday discussions of dedicated gamers (this is of course to say nothing of Nintendo TVii, a concept equally forward-thinking but which Nintendo seems to have abandoned). The main problem facing Nintendo now is reversing all those months of confusion and inconsistent messaging.

A particular sticking point between Wii U owners and non-Wii U owners has been whether or not the system is classified as ‘next-gen’. Personally, I think it’s prudent for Nintendo and its fans to distance Wii U from the two next-gen consoles as much as possible. One of the biggest killers to Nintendo’s momentum early on came from an wildly unrealistic expectation that Wii U be a niche Nintendo machine, a family-inclusive machine AND one part of a triplet of comparable super HD systems that could carry all the cross-platform titles.

The release of new systems takes has the potential to take some of the pressure off Wii U insofar as it can highlight exactly where the similarities and differences lie. Whether or not that translates to success measurable by any traditional means relies on Nintendo’s ability to explain the system’s features and sell it as a unique experience. As far as I’m concerned though, selling a huge amount of units or getting cross-platform support back on track aren’t priorities here. If the last year has shown us anything it’s that Nintendo has a specific vision in mind for the future of their home consoles and, unlike Sega with the Dreamcast, they have the funds and flexibility to see it through.

About The Author
Tim Biggs is a freelance games writer. Check out his other Wii U Daily articles or connect with him on Twitter and G+.
local_offer    Nintendo  wii u