Crazy Zelda: Breath of the Wild glitch lets you drop the Master Sword

Since its launch back in March, Nintendo has released a handful of patches for The Legend of Zelda: Breath of the Wild to fix some glaring issues that have cropped up with the game. Namely, the unlimited arrows bug and the random blood moons bug seem to have been fixed with these updates, but they’ve unleashed an entirely new glitch as evidenced in the video below.

The glitch revolves around getting enemies to shoot a certain number of arrows, which then allows all sorts of crazy things to happen. The craziest? You can actually drop the Master Sword when this glitch is active. A message appears on the screen that says, “The Master Sword has returned to the forest.” 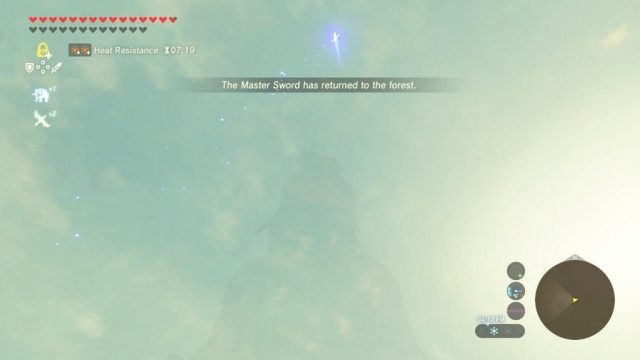 Perhaps the Master Sword was able to be dropped and recovered in earlier stages of development in the game and this message is a remnant of that? Who knows!