A new rumor has surfaced that The Legend of Zelda: Breath of the Wild may not be ready in time for the Switch launch, which is set to debut in March. This is bad news for gamers if it turns out to be true because it seems as though Nintendo hasn’t learned their lesson when it comes to having a solid list of launch titles to entice people to buy a new console.

The worst part about this rumor is that a new Zelda was promised to Wii U owners in 2012, but a mere four years later Nintendo is ready to introduce the Wii Uâ€™s successor without the very game thatâ€™s promise sold so many consoles in the first place. This makes informed gamers hesitant to trust Nintendo’s Switch – and for good reason – but itâ€™s not the only cause for pause.

In fact, the Switch launching without Zelda: Breath of the Wild could mean many hardcore gamers that were interested in the portability aspect of the Switch are turned off by what seems like rehashes of old games from both Nintendo and third-parties. EA hasn’t confirmed whether they’ll support the new console and while Skyrim was showcased in the launch trailer, Bethesda is hesitant to confirm it themselves.

The Wii U flop 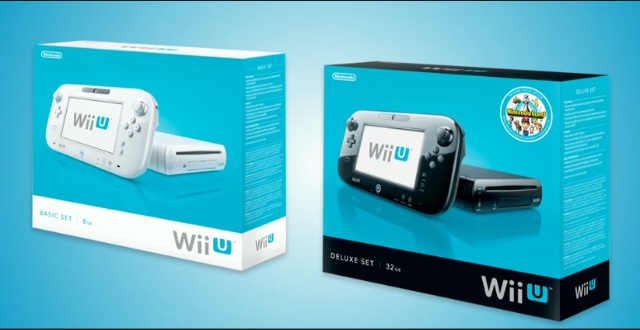 When Nintendo first debuted the Wii U back in 2012, it had a hefty list of 32 launch titles that came alongside the console. That seems like a ton of games that should be plenty for a new console but the gaps that existed there just didn’t click with most gamers. While games like Black Ops II were popular at the time, Nintendo’s archaic means of connecting to multiplayer games meant the servers were never full.

Nintendo’s launch line-up was further compounded by the same problems it appears to be repeating with the Nintendo Switch. Batman Arkham City Armored Edition, Darksiders II, and Mass Effect 3 were all games that had been released years before and were just now seeing re-releases on other consoles. Gamers interested in those titles had already played them and the forever PG-focused Nintendo didn’t provide much of a reason for hardcore gamers to care about the console.

This led to third-party developers like EA and Activision fleeing the system, committing to no further games. Even Ubisoft who committed two exclusives to the system in Zombi U and Rayman Legends eventually gave up, porting both games to other consoles. It’s hard to take a console seriously when previously exclusive games are announced for other consoles, yet that’s exactly what Nintendo did with the “exclusive” Zelda for the Wii U.

A new Legend of Zelda game was promised to Wii U owners in 2013, when series producer Eiji Aonuma said during a Nintendo Direct stream that work on a new game had begun. He stated this was the first original Zelda game developed with HD resolution and follows the story of Link who awakens from a 100-year slumber to a voice that guides him to defeat Ganon.

The game was initially planned as a Wii U exclusive and set to launch in 2015, but later the game was delayed twice. Now, the game will launch on Wii U and will head to Nintendo Switch, but rumors suggest that Nintendo may launch the Switch before Breath of the Wild is available. Given their history with this title, this could inspire even less confidence in the new system at a time when Nintendo needs the Switch to impress.

The Wii U is now the only Nintendo console released to date without an exclusive Zelda game. In the time between 2013 and now, Nintendo gave Wii U owners all the Zelda they could handle without committing to releasing the new game. We got Wind Waker HD, Hyrule Warriors, Twilight Princess HD, and even Majora’s Mask HD on Nintendo 3DS. All of the great games that are held in high regard have been re-released this cycle and yet Nintendo’s original title still eludes Wii U gamers.

The Definition of Crazy

“A delayed game is eventually good, but a rushed game is forever bad.”
– Shigeru Miyamoto

Those who defend Nintendo’s decisions often trot out this quote from Shigeru Miyamoto as evidence that Nintendo knows what it’s doing when it comes to delaying and releasing games. While it’s true that the standard of quality for Nintendo games is much higher than what most gamers expect to get from run of the mill publishers like Activision, Ubisoft, and EA, there is more here at play that just delaying a game.

At this point, Breath of the Wild might as well be a Nintendo Switch title. The Wii U has sold less than 15 million units worldwide and fans of the console are already in Nintendo’s pocket. They don’t have to worry about those people buying the Switch because they’re Nintendo fans. But it looks as though Nintendo is planning to repeat some of the same mistakes it made with the Wii U.

While the first trailer for the console focused on showing how it is a true hybrid between portable and console gaming, we did get a few glances at the games Nintendo plans to bring to the new console. A new 3D Mario game can be spotted alongside Splatoon and Mario Kart with decidedly new features. You’ll notice there are four people playing on the team in Splatoon and the Mario Kart clip is basically Mario Kart 8 with a new Battle Mode.

Aside from the new Mario game, these are all things that we’ve seen and done before. On our Wii U. Nintendo is hoping to capture the audience that didn’t go for the Wii U, but what about those of us who faithfully bought all the games Nintendo plans on debuting on the Switch? The Legend of Zelda: Breath of the Wild is really what we’re excited about and having to wait several months to play the game on its intended console puts a sour taste in my mouth.

Breath of the Wild is also the Nintendo Switch title with the most visibility right now. The high popularity of The Legend of Zelda is something Nintendo is counting on to help sell its new console, but if Breath of the Wild isn’t on shelves alongside it then Nintendo has made a serious mistake that could relegate the Switch to the same forgotten status as the Wii U.

If Nintendo were wise, they would delay the debut of the Nintendo Switch to coincide with Breath of the Wild if it’s not ready yet. I’m fine with Miyamoto and the rest of his team taking extra time to make sure Breath of the Wild is the polished experience that Nintendo fans expect, but Nintendo is incredibly naive if they believe the Nintendo Switch will survive launch without a title that fans are practically salivating over.