Breath of the Wild will be the biggest Zelda game, and apparently, the most grown-up one.

Japanese ratings board CERO (Computer Entertainment Ratings Organization) has added notices on the game that it includes sexual content, crime, and violence.

Those ratings were confirmed in a recently leaked box of the game, which had the three stickers at the bottom of the back of the case, as seen on the image: 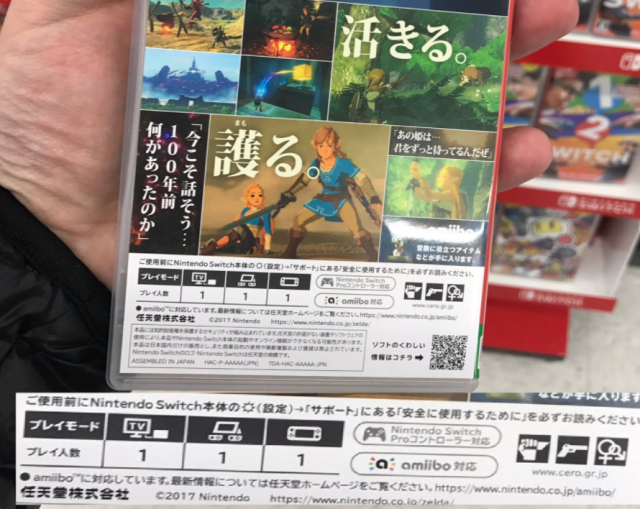 And for comparison, here are the ratings icons that CERO ratings board uses for games and what they mean:

While Breath of the Wild wouldn’t be the first Zelda game to have the “Violence” icon, it’s the first to have the “Sexual content” icon. It’s anyone guess what that content might be.