Xenoblade Chronicles X is so big, it barely fits on the Wii U disc 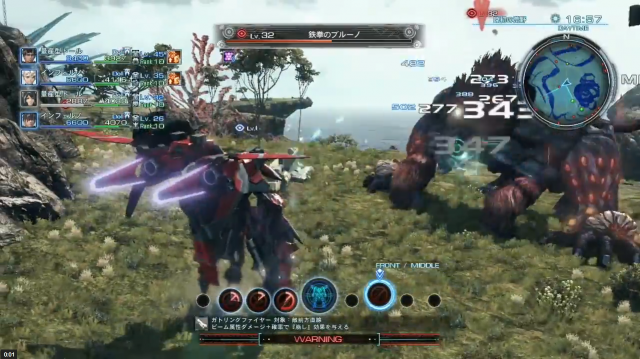 Despite the lengthy teaser trailer we got during the most recent Nintendo Direct, there’s still plenty of information up in the air about Xenoblade Chronicles X. The game is coming to Japan on April 29, so despite the fact that there’s not a Western release date in mind yet, the game is finished and the developers have been answering questions about the game. In this week’s issue of Famitsu, a ten-page spread was dedicated to answering some of the questions about the game.

Yesterday, we learned about unions in the game, as well as a bit more about the characters. Today, it’s confirmed that Off-TV play via the Wii U GamePad will be supported. Yesterday we learned that the GamePad will show character locations and allow players to warp to previously visited areas when it is being used in conjunction with the TV.

The Xenoblade Twitter feed contained some interesting information today, which stated that the game barely fits onto a Wii U disc, which is capable of holding 25GB of data. This fact seems to support what we learned yesterday, that the world of Xenoblade Chronicles X is quite a bit larger than the linear world featured in Xenoblade Chronicles.

Shingo Kawabata, the game’s producer said his team was worried that one disc wouldn’t be enough to fit the entire game. With such a huge file size, you may be worried about loading screens every time you want you want to go somewhere. Kawabata says players will, “be able to play comfortable while [the console] continously loads the vast and seamless map, but Nintendo assisted us by implementing a mechanism that improves it even further.”

While no specific details were given on what Nintendo implemented to make the world more seamless, the most obvious answer is the ability to install the game to a hard drive attached to the Wii U. Even Kawabata hinted at this by telling those who purchase the retail version of the game to “make use of this feature.”

What do you think? If Nintendo did enable the game to be installed directly on a hard drive, will you be taking that route to enjoy the seamless transition between areas in the game?