Apparently, it looked too slick, as the latest version of the trailer, revealed during the recent Nintendo Direct, is showing a slight graphics downgrade.

Someone compared the two trailers side by side, and it’s pretty clear that in some areas, the 2013 version is looking better. The lighting and especially the textures appear to have been downgraded in the newest trailer, and there seems to be less detail in the game world.

What cold be the reason for this? One explanation could be that the first trailer was done on a system that roughly represented Wii U hardware, where the developers tried to target the look they were going for. Once the game started development, certain things might have had to be scaled down as more features were added.

There’s an in-depth graphics analysis below that shows how the two trailers are different (click the image for a larger view). Regardless of the downgrade, the game still look pretty darn good. 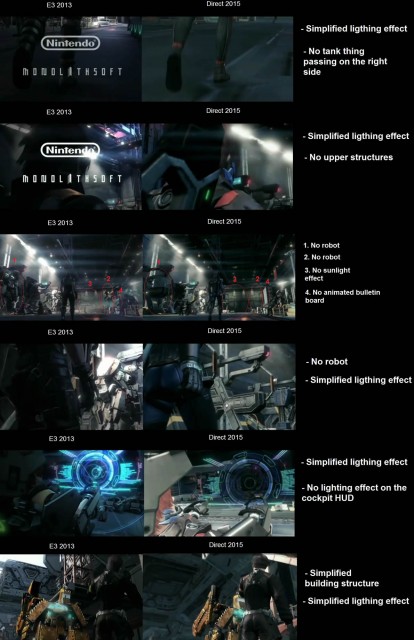