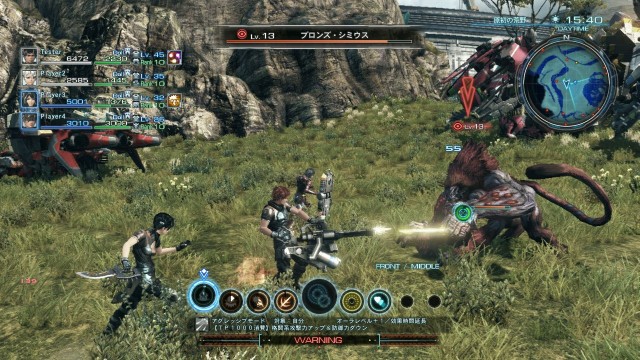 Things have been quiet in terms of news for the upcoming Xenoblade Chronicles X since E3, but recently the game’s director took to Twitter to let fans know that development of the game is nearly complete. According to Tetsuya Takahashi, there’s only a little bit more left to do before the game is complete.

The development [of Xenoblade Chronicles X] did have its twists and turns, but we were able to finish up (just a little more until itâ€™s complete) Xenoblade Chronicles X in the sci-fi world we aimed for from the beginning in a seamless open-world with online play, and I feel that we were able to overcome several obstacles as far as game development goes.

With the vast world that was shown when Iwata-san introduced the game in the Nintendo Direct the other day, it would bring me great pleasure to have you folks get to thoroughly explore it.

While no release date has been mentioned for the title yet, perhaps we could see it as early as next year if development is nearing completion. Are you excited about exploring the open world of the new game?