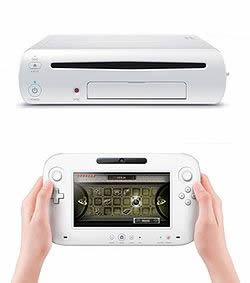 Nintendo is finally set to release a new, much more powerful console with HD graphics, and many are wondering what kind of technology we might find inside the console, and how it will compare with the Xbox 360 and PlayStation 3. We’ve heard from developers who have access to the console that the Wii U is “50% more powerful” than the Xbox 360 and PS3. We now know that those estimates of 50% are based on the fact that the Wii U is around 50% more powerful on paper, according to information Wii U Daily obtained from a Japanese developer who is currently working on porting a PS3 game to the Wii U.

According to the source, the Wii U specs are:

The source also mentions that Nintendo has been testing two versions of the console, one with 768 MB of RAM, and one with 1 GB. The RAM is also made by IBM and is embedded with the processor on the same die/silicon, which results in more bandwidth.

These were the specs that Nintendo showed developers around March 2011, so it’s unknown how close to the final specs these are, considering there’s a year until the console is scheduled for release.

When it was unveiled earlier this year, Nintendo confirmed that the Wii U would support 1080p graphics and 3D is possible as well.