The Wii U GamePad is the official name for the Wii U controller. The Wii U GamePad is a controller with a tablet screen which makes it possible to display video game content on the controller, content such as game maps, inventory list, secondary screen, and much more. The Wii U GamePad is included with every Wii U console, and has a Wii U stylus as well, which makes it possible to drawn and add accurate inputs. The GamePad can also function as a TV remote and work on its own, without the TV being turned on. The tablet screen is a resistive touchscreen that does not support multitouch, but is instead optimized for single touch and for detailed input via a stylus. However, the Wii U GamePad does not require a stylus to work — players can simply use their fingers and the on-board keyboard as well. The Wii U will support two GamePads at the same time, however, games might see frame rates limited to 30fps when two tablet controllers are in use at the same time. 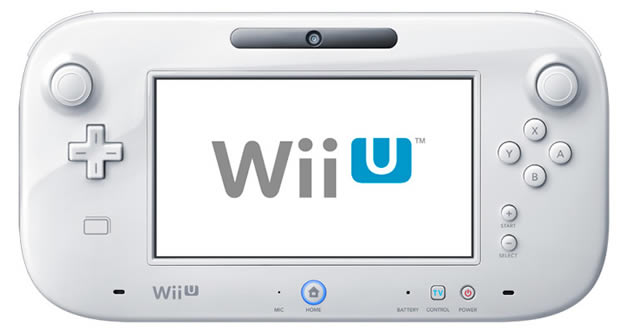 TheÂ Wii U GamePad features a lot of advanced technology, such as sensors, dual analog sticks, touch screen, NFC chip, and more. Here is the full feature run down. The previous version of the GamePad had circle pads instead of analog sticks, and the NFC chip was behind the screen instead of to the side.

The Wii U GamePad has a built-in rechargeable battery that is not replacable by the user. The Wii U GamePad battery is charged via a supplied USB cable that connects to the front of the Wii U console.

The difference between the two controllers is clear in the image comparison below. The top one is the new Wii U Gamepad controller, while the bottom one is the original version, unveiled at E3 2011.

TheÂ Wii U GamePad will support accessories such as the included stylus, the Wii U Zapper, and more. Check Â out Wii U accessories for the full list. Third party accessory makers will offer their own hardware for the Wii U and controller, ranging from stylus pens, to cradles, charging stations, and more.