The Wii U eShop is part of the Nintendo Network and will offer players to purchase items online. The Wii U eShop will offer full retail games, game demos, downloadable content for games, and more. Because of Wii U backwards compatibility, players will be able to use the eShop channel to download older games from other Nintendo systems, such as Nintendo 64, GameCube, NES, and more. 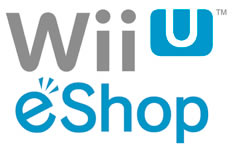 Players will use the Wii U eShop channel through the main menu from a selection of Wii U channels. However, players will also be able only to use the Wii U controller, even if the TV set is turned off (rumor). Players will make purchases either with a credit card, or via pre-paid game cards that will be sold at retail stores. Prices are likely to be in Wii Points, much like the old system. 100 Wii Points = $1, and prices will vary depending on geographic location and exchange rates.

The Wii U eShop channel will be online when the console a lunches, and will be available to all Wii U users. In order to use the eShop and purchase content, players will have to create a unique account. Games and content downloaded will be linked to this account only. Users will not be able to sell the content and games they purchase on the Wii U eShop.