What if Nintendo announced Wii Sports U?

Imagine if Â Wii had launched without Wii Sports. Trying to explain to gamers, let alone the general public, the appeal of the Wii remote for games would have been a pretty tough job.

Wii Sports not only served as a great introduction of and showpiece for the controller (which Nintendo Land attempts to do on Wii U), but it paired that with very common activities that every member of the audience can relate to. I’m certainly a fan of Nintendo Land, but that’s because I can see the fun that touchscreens and asymmetrical multiplayer brings to experiences that I’m familiar with. What Nintendo needs if it wants to catch that wide, non-gamer audience again is to show off what the gamepad brings in a way that everybody can immediately understand.

So why not bring back Wii Sports?

Many of the original Wii Sports events would carry over just fine, after of course they’d been rethought to take advantage of motion plus and HD graphics and some clever gamepad implementation.

Remember the original gamepad reveal which featured golf? The gamepad was placed on the floor and displayed the ball while the player stood over it to swing. A perfect example of how the device can add to gameplay without you even needing to touch it. Lowering the club could show you how much rotation you need in your wrists to slice or hook the ball, and the display would also obviously show you the type of terrain you were in. 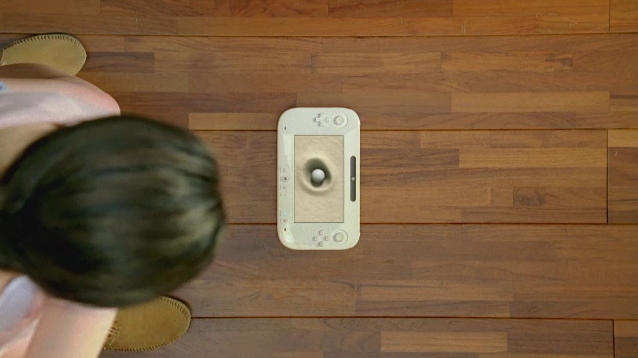 Baseball is another prime candidate. The pitcher holds the gamepad and decides when and how to pitch while the batter uses the remote. The potential for sneakiness and deception could add a lot of fun.

Clearly a set of new sports is where the strengths of the system could really be designed to show through.

How about a hockey shootout, where a player or players with the Wii remote control the ball while the gamepad player is goalie?

Why not bring in some new remote-only games like volleyball (or bring back tennis) and then have the option of a gamepad player acting as umpire? Introducing an element of human error (or intentional bias) into the sports would make for an interesting experience, especially with four remote players.

The recent Mario and Sonic at the Olympic Games trailer had at least one interesting proposition pertaining to a possible Wii Sports U: a sport in which the player skis with the remote but then has to switch to the gamepad for shooting. The need to use both controllers interchangeably, whatever the event, could make for a great singleplayer experience.

Beyond the actual sports there’s the network capabilities of Wii U to consider as well, and these should be baked right into the experience. Miiverse integration would be easy and fun, but what about a simple Nintendo-style approach to online multiplayer? Perhaps a family vs family sports tournament. Or maybe weekly events and goals that track your progress persistently. 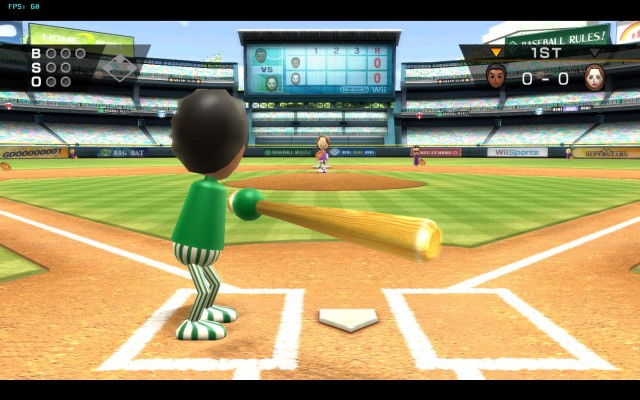 The main reason Wii Sports was the Wii’s best seller is doubtlessly because it was packed right in with the machine. Why not throw in or pre-install a copy with both the standard and deluxe editions of the hardware? The box could do with some rebranding anyway, and Wii Sports is a brand any Wii owner will immediately understand. Meanwhile for those who already have a Wii U the game could be available as a cheap option featured prominently on the eShop so it can sit there on your hard drive ready to evangelise your family and friends.

So what do you think? Would a new Wii Sports game help move units, or will the upcoming announcements of a bunch of core titles be enough? What sports would you like to see take advantage of the gamepad?