uDraw coming to Wii U? 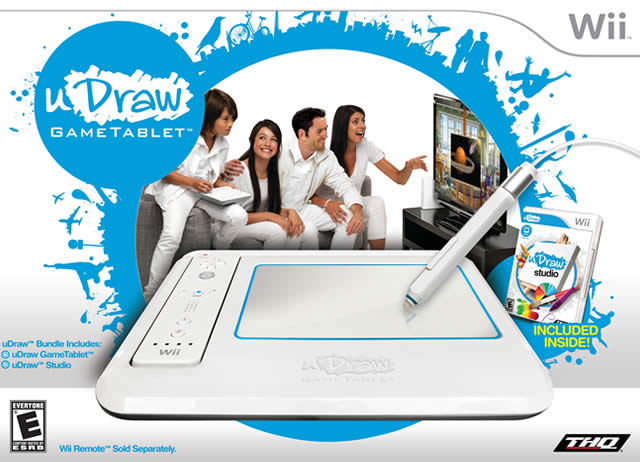 There are a lot of rumors surrounding possible games coming to the Wii U, from Hitman Absolution, to Resident Evil, but one game/device seems to be destined to arrive on the Wii U: the uDraw tablet that was widely popular on the Wii, is rumored to be in development for the upcoming Wii U.

The THQ-developed accessory was released on the Wii last year, and offered gamers a tablet with a 4 by 6-inch drawing surface to draw on, with several mini games available on the device. The uDraw tablet is expected to be released on the PlayStation 3 and Xbox 360 later this year, but THQ has more plans for uDraw.

According to a source within THQ, the company is seeking new third party software developers to bring the uDraw to the upcoming Wii U console, where it will compete with Nintendo’s own tablet, which has been showcased with drawing applications in trailers. At first glance, it might seem tough for uDraw to compete with Nintendo itself, however, if THQ can offer better software and drawing applications, it’s easy to see uDraw attracting an audience on the Wii U.