Ubisoft was one of the best third-party supporters of the Wii U, but that didn’t turn out so hot for them. They eventually made all the Wii U exclusives they released available on other platforms and have pretty largely ignored the Nintendo Switch for now.

However, that appears to be changing. Someone posted this screenshot of a survey they got from Ubisoft asking Switch owners to take part in an event to discuss the Nintendo Switch. 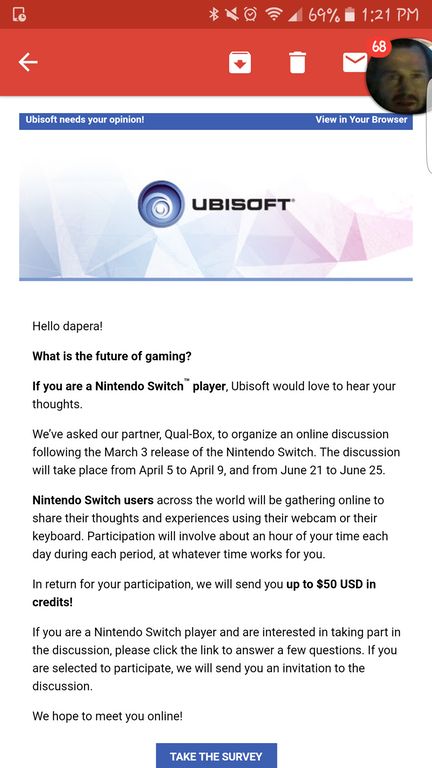 This is likely an effort for the company to gauge how happy consumers are with the Nintendo Switch and whether or not they should focus development on the console at some point in the future. The survey isn’t a free-for-all and you have to be invited, so there’s no way to request to be a part of this, unfortunately.