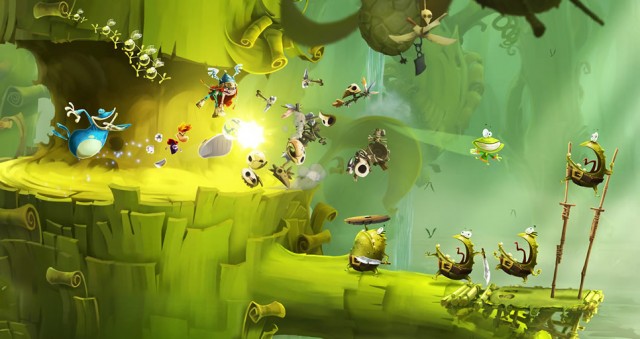 Ubisoft CEO Yves Guillemot has finally spoken directly about Rayman Legends and the reason the title went multi-platform earlier this year. According to Guillemot, low Wii U install base is to blame. The company felt if the title was exclusive, it wouldn’t sell enough, despite being a stellar title. For this reason, the game was ported to PlayStation 3 and the Xbox 360. Guillemot believes this move was the best decision for both the development team and gamers.

â€œWhat happened was that we saw the Wii U was not going to sell enough of those games. The game is going to be fantastic, and we didnâ€™t want those creators to wind up in a position where even after making a fantastic game, they didnâ€™t sell well enough.”

Guillemot also mentions that the development team has taken the extra time to improve the game both on the Wii U and the PlayStation 3 and Xbox 360 consoles, so gamers no matter their platform will receive a fantastic entry into the Rayman series.

This is understandable, as Ubisoft is a third-party developer and they’ve already supported the Wii U with one launch exclusive. Until Nintendo can create compelling first-party titles to sell systems, third party developers will likely continue to release multi-platform games.