Nintendo revealed some sales numbers during their recent yearly earnings report. The company told us they had sold 2.7 million Switch consoles worldwide.

They also told us that Zelda: Breath of the Wild had sold 3.8 million units on the Switch and Wii U.

But what about all the other games? Someone at NeoGAF crunched the numbers and came up with a list of the best selling Nintendo games in fiscal year 2016 (from April 1, 2016 to March 31, 2017).

Unsurprisingly, Pokemon Sun / Moon is at the top of the list with over 15 million units sold, followed by Breath of the Wild on the Switch and Super Mario Maker on the 3DS. 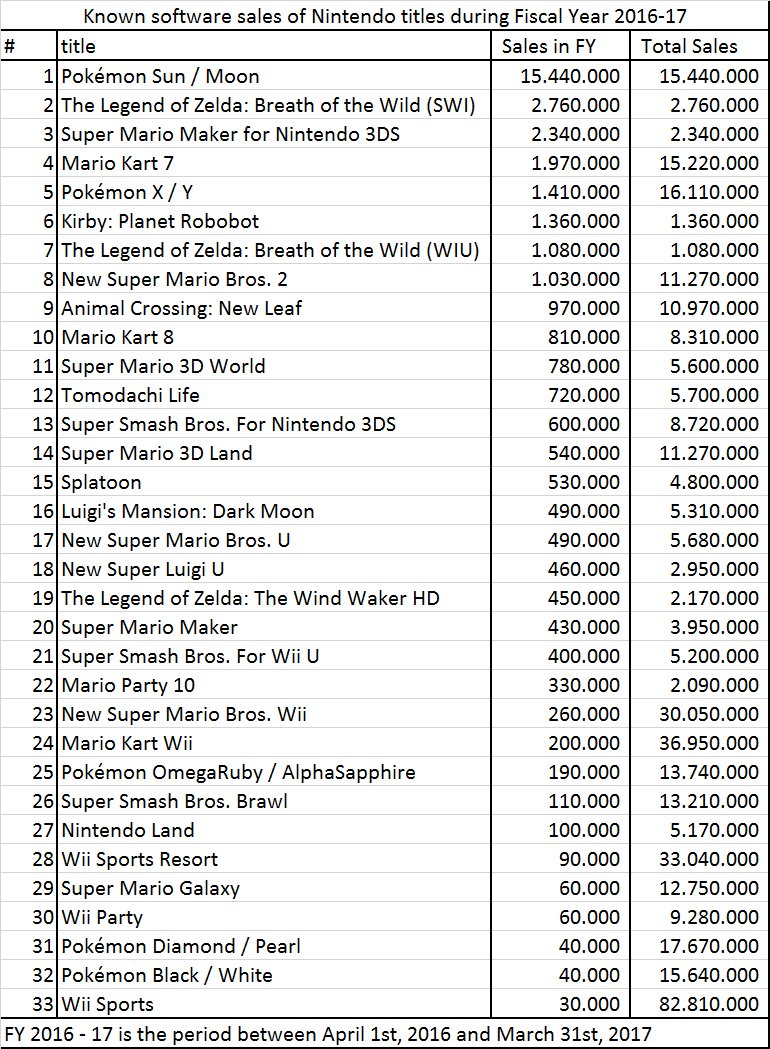