Switch rumored to cost £245 in the UK

UK newspaper Metro is reporting that the Nintendo Switch will carry a price tag of Â£245 in the country, which translates to about $300 in the US (not counting any VAT).

Furthermore, Metro reports that the console will launch on March 17. The newspaper doesn’t mention where it got the price and launch date from, but considering it’s a huge newspaper in the UK, they probably have some industry connections.

Nintendo will host a big Switch reveal next week, where they are expected to reveal the price and launch date, among other things.

As we get closer to the reveal, more and more rumors are emerging: just yesterday we reported that Zelda Breath of the Wild would be a Switch launch game. 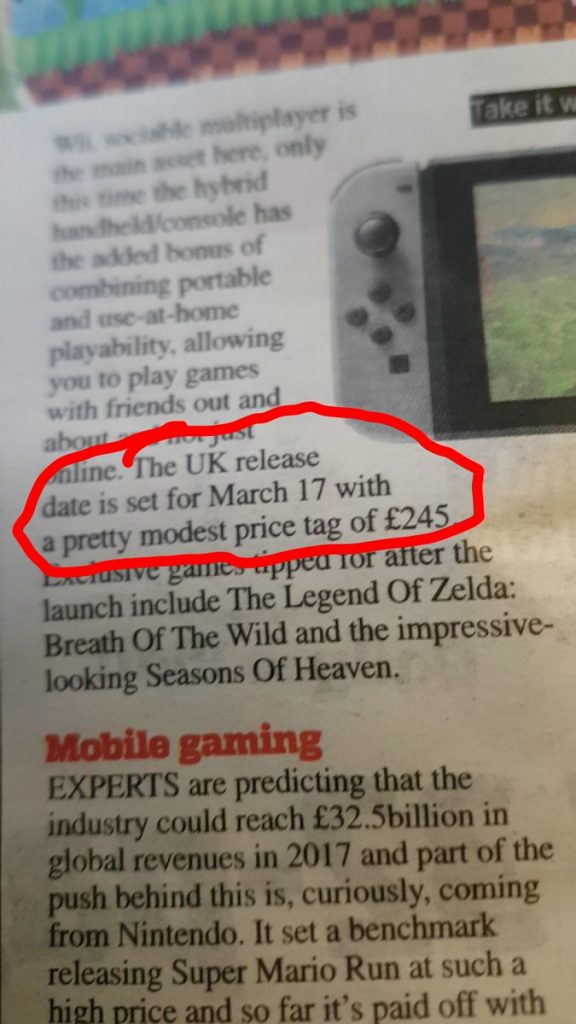