Friend codes return on the Switch

During the Wii era, “Hey man, what’s your friend code? ” was never a pleasant thing to ask in any conversation. It brings back 7th grade memories of me awkwardly writing down these long, 12-digit sequences just so I could add that guy in my cooking class. And now, on the eve of the Nintendo Switch’s launch, we found out Nintendo is using them again, a full decade later.

Yes, friend codes are back. Although they’re not the primary method of adding friends to your Nintendo Switch friends list, they will undoubtedly play a large part in it.

When not adding someone by their friend code, you can look at the players you’ve encountered in online matches and add them that way, or browse through your social media following and add people through there. This also means you can add people from Super Mario Run or Miitomo. As convenient as those methods are, I can’t say I’ve personally added many of my social media friends when gaming on my PS4. I primarily add people by their usernameÂ . 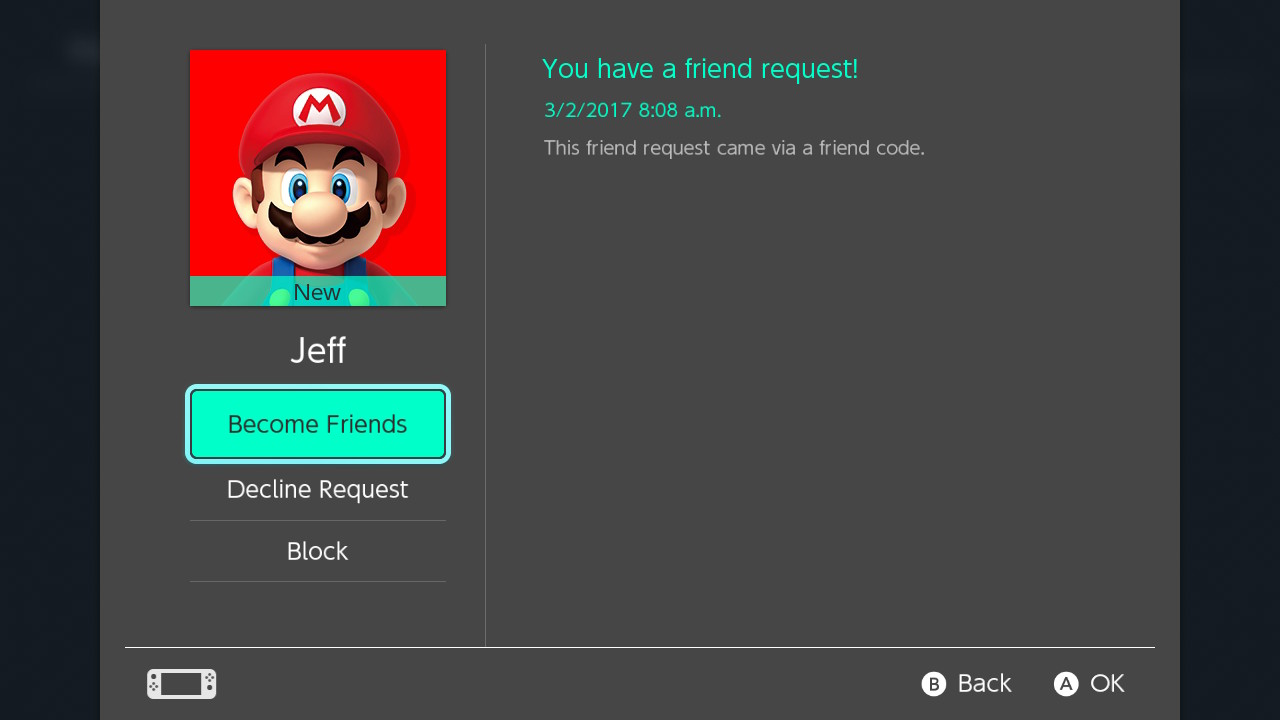 The good news, though, though is that the exchange isn’t necessarily a two-way street this time around. On the Wii, both users had to enter the opposite person’s friend code before they could be registered. With the Switch, however, the process is much simpler. As illustrated by the picture above, all you need to do is give someone your friend code, or vice versa, and once you add them, they’ll receive a friend request with your username on their system.