The first of this week’s Nintendo Switch eShop updates brought more than just NBA Playgrounds, the NBA Jam-ish arcade basketball title from Saber Interactive. It also brought a much-needed “view all” button to the storefront!

Granted, the new button isn’t in the best of places, it’s certainly a step in the right direction for improving visibility of the Switch’s growing catalogue of eShop games. To find the new button, go to “recent releases” and scroll all the way down. I’ve included an off-screen picture below so you know what it looks like. 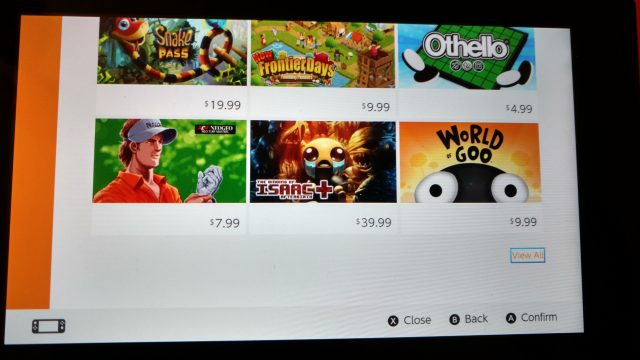 What other improvements would you like to see in the Nintendo Switch eShop? Let us know in the comments below!