Super Mario Run has been a big success for Nintendo. Despite reports of the game not living up to expectations, it has made tens of millions of dollars in profit and has been downloaded hundreds of millions of times.

Now Google has revealed that Super Mario Run was the most downloaded new game on its Play Android store this year.

Google didn’t reveal just how many downloads the game has, but Nintendo themselves have said that it has been downloaded over 200 million times on Android and iOS.

Here are the top 5 most downloaded new games on Google Play in 2017:

Are you still playing Super Mario Run? Let us know what you think in the comments section below! 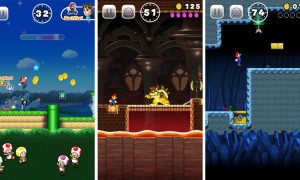