A Nintendo customer representative has confirmed that Super Mario Odyssey runs at 1080p when docked (and 720p in handheld mode, but we already knew that).

At E3, Nintendo said that they were still working on the technical side of things and that the resolution wasn’t set.

Which turned out to be true: the game ran at 720p docked at E3, then a month ago an analysis by Digital Foundry revealed that the resolution had been increased to 900p.

Now, a week from release, Nintendo has once again increased the resolution of the game to a full 1080p.

The report comes from one of our users, Gold Luigi, who contacted Nintendo and got the following reply:

The wording could indicate that 1080p is the maximum resolution, with perhaps a dynamic resolution that scales from 900p to 1080p.

We’ve reached out to Nintendo for an official confirmation. 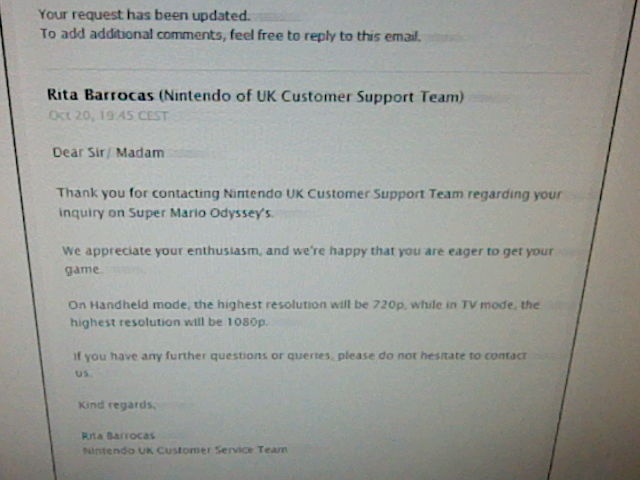