One of the biggest things to come out of the Nintendo Switch reveal earlier this year was Super Mario Odyssey, which looks like it will continue on the traditional gameplay of Super Mario Galaxy. We’re eagerly looking forward to the game when it releases this holiday season and so are you, because the NintendoToday community voted it as the top upcoming AAA Nintendo Switch game.

One of the criticisms I’ve seen leveled at the trailer was that it felt too much like Grand Theft Auto, which is a rather surprising complaint to hear about a Nintendo game featuring Mario. Either way, for those out there who were miffed by the 3D city that Mario runs around in, perhaps you’ll find this retro-fied version of the trailer more to your liking.

I’m getting strong Mario is Missing vibes from this one. 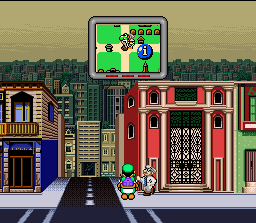