Starlink: Battle for Atlas sounds like Skylanders mixed with No Man’s Sky

I’ve never personally been big on the toys-to-life concept, but the trailer for Starlink: Battle for Atlas made me rethink that. If you missed it, it was shown at Ubisoft’s E3 press conference. You can check it out below.

Did you catch that in the middle of the trailer there? Yep, that’s right. The toys-to-life concept is attaching a starship to your controller with modular parts that you can swap in and out to create your own starship with the features you want. That’s something we haven’t really seen explored before outside of Skylanders: Swap Force.

The real intriguing thing about this game is it looks like it may deliver on the promise of exploring a vast universe with wildly different planets in a way that No Man’s Sky failed to do. Procedurally generated worlds are always a vast ocean that’s only an inch or so deep. Meanwhile, Starlink looks like it’ll have carefully crafted worlds to appear unique and alien at the same time.

So how does all this work? Well, Nintendo UK recently sat down with Matthew Rose, Producer at Ubisoft Toronto, to discover more about the upcoming game. 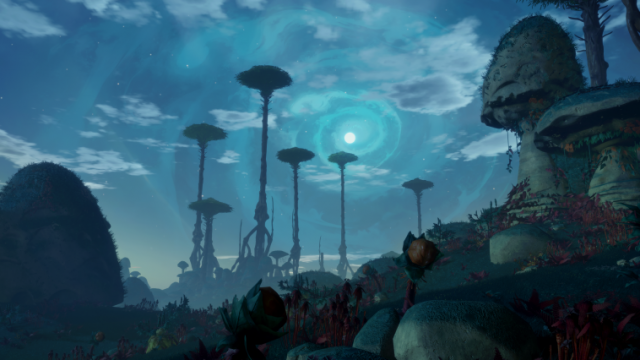 NUK: How do the star ship models work in comparison to similar technology?

MR: This is a completely proprietary technology, built from the ground up by the team at Ubisoft Toronto. We assembled a team of experts from the toy industry and games industry to work hand in hand to make something that is completely instantaneous, so when you connect that part it immediately appears in-game.

Itâ€™s incredibly flexible technology; you can stack parts, you can reverse them if you want to put your weapons on backwards to shoot someone thatâ€™s chasing you, and you can combine different pilots, each of whom is going to give you a unique special ability, a skill you can upgrade and their own story.

Perhaps the most interesting point from this interview is that it seems to be a toys-to-life concept that is optional for the fans. Unlike Skylanders where parts of the game were locked off unless you had at least one figure of each type, Rose says that you can experience the entire game digitally if you’re not interested in owning the figures. 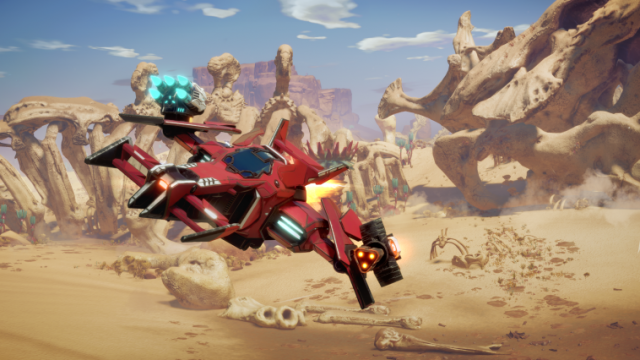 NUK: How will the game work if players prefer not to buy lots of star ship models? Will it limit what is possible?

MR: It was very important for us to be extremely player friendly in what weâ€™re offering. We want people to buy the collectibles because they think the collectibles are amazing. The modular play gives you all these cool creative things to do and build. But we donâ€™t want to force you into buying them. You can complete the entire game just with the starter pass. Even if you are a minimalist, you donâ€™t want more stuff on your shelves, you can even get digital versions of all the parts. You can play the entire game digitally, which is something weâ€™re really proud of.

And of course, it wouldn’t be a Nintendo interview without some mention of the Switch. Rose seems pleased with the Switch and even though the game isn’t coming until 2018, Rose thinks the modularity of the Switch and Starlink will complement one another very well. 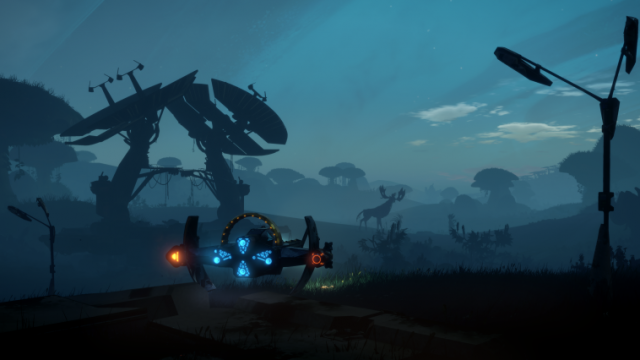 NUK: Starlink: Battle for Atlas is one of several Ubisoft games heading to Nintendo Switch. What attracted you to the console?

MR: To me, Nintendo Switch is an absolutely perfect match for Starlink. The modularity of the console is a match made in heaven for the modularity of Starlink. Weâ€™re super excited about the possibility of going and connecting our custom controller mount to the Joy-Con, playing on your TV and then taking that on the go where you still have full access to a digital library of all of the parts that you owned. So you can keep going, playing on the bus, and come right back to it.

There are a few more questions in the interview that are worth your time checking out, especially if you’re interested in the game’s multiplayer aspect. I know we’re a long way out from seeing this game on the Nintendo Switch, but the modular concept of the ships is really interesting. If Ubisoft makes a Mass Effect-style story that’s worthy of being proud to own these ships as figures, they could arguably overtake Skylanders in popularity.

What do you think? Are you interested in this game at all?