Square Enix, one of the biggest publishers in the world (and the makers of the Final Fantasy series), have voiced their opinion when it comes to the upcoming Nintendo Wii U console. According to Square Enix’s technology director Julien Merceron, the launch lineup is key to a successful Wii U launch. He said in a recent interview:

“For every console it’s the same thing: one of the most important things is going to be the launch line-up. If the audience and players can see that there are products for them, there’s definitely going to be wide adoption of Wii U. The things of utmost importance are going to be the pricing at launch, and the line-up.”

Merceron also mentions that he doesn’t think Nintendo is directly competing with Microsoft or Sony any longer, and noted that Nintendo has a different approach to gaming and gaming hardware — something which might be in their favor or not. Time will tell.

Square Enix is expected to bring some of their biggest franchises to the Wii U, including a rumored arrival of Hitman Absolution. 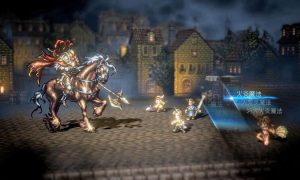