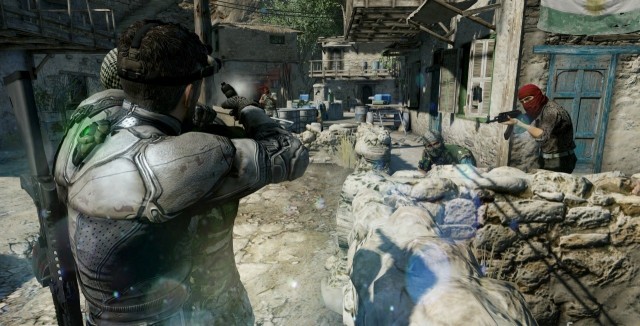 Last week, we offered up our review copy of Splinter Cell: Blacklist to a lucky reader here on Wii U Daily. We asked each of you to leave a comment and let us know who your favorite stealth character from any game was and we got several good responses. After tallying up everyone’s comments and pulling a random number, our winner is Scott Morgan! Here’s Scott’s comment:

“I’m not sure if it counts, but my favorite stealth character was the Ghost in the original Starcraft game. I don’t know if any other multiplayer moment has been as heart-stopping as hearing, “Nuclear launch detected.”

Overall we had a great response to this contest and we’ll continue to have similar giveaways and contests here on Wii U Daily as long as that keeps up. Since the contest received nearly 500 comments over the course of the week and we can only pick one, I felt like some of you deserved to be highlighted for your favorite characters. Here are some of the replies we received regarding favorite stealth characters:

Batman in Arkham city. I enjoyed that game more than I expected… That was the first and only stealth game I’ve ever played and owned… but hopefully, that will change soon.

Why has no one mentioned the Marked ninja from mark of the Ninja? One of the best stealth games I’ve ever played, very inventive methods of getting around opponents in a 2D plane no less!

Hands down it was Corvo from Dishonored. It was the best stealth game I’ve played in a looooong time, and it was only made all the better by a protagonist who is amazingly deep for being silent.

Stay tuned for more from us here at Wii U Daily and congrats to the winner!