Someone made the Japanese NES mini fit into a GameBoy

The massively successful NES mini was recently hacked to support the addition of new NES games, and now we’ve got a new hack from Japan. This one is an impressive hardware hack that fit the Japanese version of the NES mini, the Famicom mini, into a GameBoy.

Japanese creators at Kei Studio took a GameBoy, gutted it, and replaces the insides with that of the mini Famicom. They replaces the screen to support the NES games, complete with an HDMI interface and everything needed.

Check out the video above to see the thing in action, and how they did it. 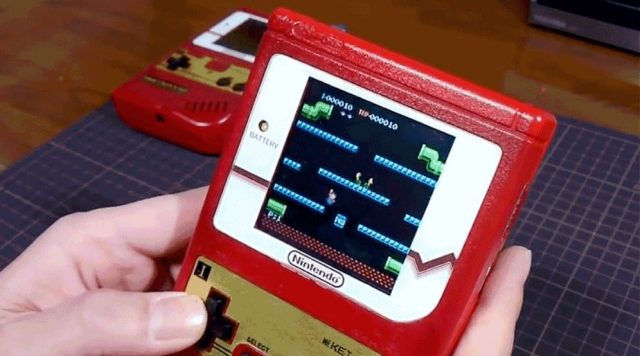