Sakurai showcases new trophy for Smash on Wii U 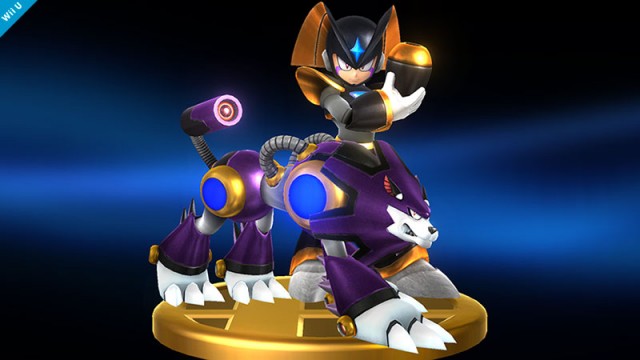 With the release of Super Smash Bros. on Nintendo 3DS, developer Masahiro Sakurai has taken to promoting exclusive content from the Wii U version of the game that will release in North America on November 21. The newest post to the Smash Bros. Miiverse community is an image of a Wii U exclusive trophy, featuring Bass and Treble from the Mega Man series. Here is Sakurai’s post that accompanies the shot of the new trophy:

Pic of the day. Here’s Bass, a trophy for the Wii U version!! When I first saw this, I was really surprised by the quality of this trophy and Treble’s presence. Even though this will only appear as a trophy, this was made from the ground up. Designers really are amazing.

As we get closer to the release of Super Smash Bros. on Wii U, expect Sakurai to release more exclusive screenshots of the content. Last week he showed us the trophy interface on the Wii U, which gave us a better look at how similar but different it is to the already available Nintendo 3DS version of the game.