Sakurai details how The Villager and Wii Fit Trainer were chosen 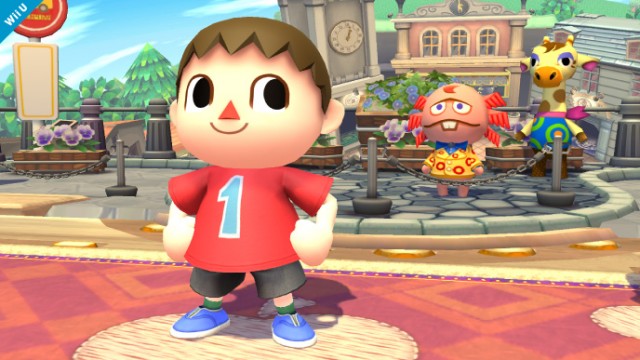 Despite being new additions to the Super Smash Bros. franchise, both the Villager and the Wii Fit Trainer have a unique moveset that many old players have adopted and enjoyed, even despite the amiibo rarity for these characters. As part of the continuing translation of the Nintendo Dream interview with Super Smash Bros. creator Masahiro Sakurai, he details how the characters initially came to be despite their lack of fighting background from their games.

Nintendo Dream: Not only guest characters were shocking, but Wii Fit Trainer as well. It was a character no one saw coming, right?

For Super Smash Bros. Brawl, it was discussed that non-combatant-like characters wouldnâ€™t be added, but this time an important aspect of the concept was â€œif that character is included, could interesting things be done and could that fighter express individual traits?â€ When making this game, it was necessary to think very seriously â€œhow to create new fun thingsâ€. I was able to think in my head the way how Wii Fit Trainer and Villager would operate so therefore they were included. Games must be completed properly, and in order to have fun gameplay for you and your opponent, each character has to have individuality. The present Smash Bros. was done by giving importance to that.

Sakurai’s ability to take the essence of a character and give them fighting moves were none previously existed is testament to his prowess as a game developer and why we saw additions like Duck Hunt Dog as well. Are you enjoying fighting with the new characters? Let us know in the comments!