Retro calls Wii U a “Powerhouse,” new game in development

It’s no secret that, compared to the other two next generation consoles, the Wii U is often looked down upon as underpowered. At least one game development studio seems to think otherwise, as Retro Studios president and CEO Michael Kelbaugh has called the system a “powerhouse.”

In an interview recently he was quoted as saying:

Unfortunately, the perception is that it’s not a very powerful machine. That’s just not true. It’s a powerhouse. It’s more than adequate to make great games on.

And Kelbaugh also said that:

It was really fun being able to crack that open for the first time and learning HD techniques; pixel shading, having a lot more horsepower and how that impacts the team. It was really fun to watch our artists just go crazy because now they didn’t really have to worry about polygons anymore. ‘Make as many as you want!

Of course, if anyone would know about the Wii U’s capabilities it would be Retro, having developed Donkey Kong Country: Tropical Freeze for the system. It’s also been confirmed by Nintendo producer Kensuke Tanabe that Retro Studios is working on a new game, which has apparently been in development for a few months, since Retro finished work on Tropical Freeze. Although nothing about the game was revealed in the interview.

Despite not talking about what the new game they might be working on is, Kelbaugh did say that:

So, what do you all think about this? Isn’t nice to hear some praise for the Wii U for once? Do you have any thoughts as to what Retro’s new game might be? 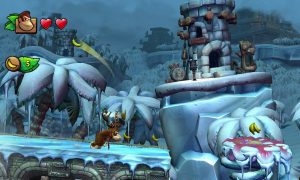 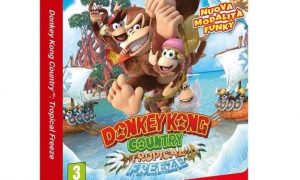