The last time Nintendo competed in terms of console power was with the GameCube. Since then, the company has focused on innovation, which sometimes worked (Wii, Switch) and sometimes not much (Wii U).

But that hasn’t stopped Nintendo’s competitors from pushing the envelope. Still, Nintendo doesn’t want to be in that race, as company boss Reggie Fils-Aime said in a recent interview with Bloomberg.

â€œOur two competitors believe that itâ€™s all about processing power and beautiful graphics. Candidly, Nintendo believes in fun. Our technology is a small part of what we deliverâ€.

He’s absolutely right that “fun” is and should be the most important factor when it comes to games.

But Reggie’s statements is a bit over the top — clearly both Microsoft and Sony don’t believe that graphics are the only thing, just looking at the games released on those platforms. And they both have an online service that’s a way ahead of Nintendo.

Maybe some technology (online service) should be a bigger part of what Nintendo delivers? 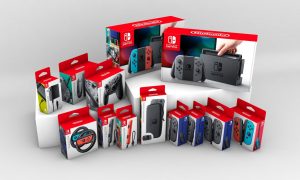 Nintendo: Switch sales pace is “one of 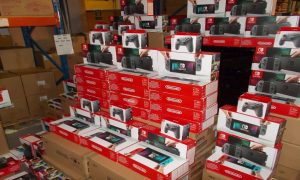