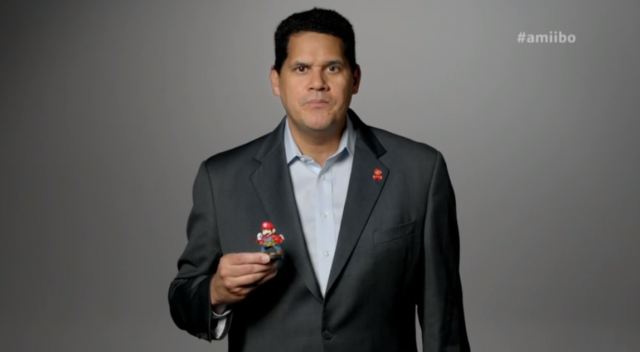 When Nintendo president Satoru Iwata confirmed the Nintendo NX as the company’s next-generation gaming device, many rumors and speculation suggested that Nintendo would be abandoning the home console market and instead, creating a device that can operate as a mobile device as well. We still don’t know any details about the Nintendo NX, but in a recent interview with the Wall Street Journal, Nintendo of America president Reggie Fils-Aime specifically calls the Nintendo NX a “home console.”

Here’s the relevant bit from the interview:

From a Nintendo perspective, we clearly have strength here in the Americas, we have strength in Europe and we have strength in Japan,â€ Fils-Aime said. â€œThat isnâ€™t necessarily true of some of our more direct competitors. Weâ€™ve also said publicly that we are already hard at work on our next home console and thatâ€™s another element weâ€™ll be talking about much later.

The keywords here are next home console, but that doesn’t really rule out a hybrid device. Some rumors indicate that Nintendo could be working on a dual device similar to the Wii U now, only the GamePad would be the mobile portion of the console and capable of functioning on its own away from the base station. That’s still entirely possible, but Reggie’s wording here should help clarify that Nintendo isn’t abandoning the under the TV space.