Reggie: it’s not about hardware specs for the NX, it’s about the content 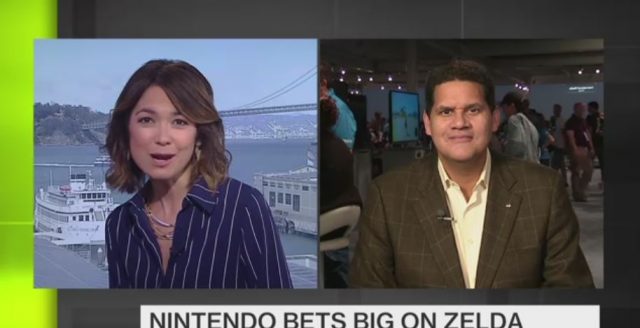 Nintendo isn’t the only company that’s working on a new console. While Nintendo is busy making the NX, both Microsoft and Sony are making more powerful versions of their consoles, the Xbox One and PS4, respectively.

Microsoft even announced their new Xbox One system, codenamed Project Scorpio, which will be the most powerful gaming console ever. But for Nintendo, it’s not about power, as Reggie Fils-Aime says.

He added that they are focused on bringing the “best entertainment to the Wii U and the NX”, and said that they’d leave it to Microsoft and Sony to fight over specs.

It’s a truism that gaming is about “content”, but where’s the content for the Wii U? Where are all the third party games? Heck, where are many of the first party Nintendo games? If Nintendo is truly about the content, then make a console that developers and publishers want to make games for.

One thing that most in the gaming industry agree on is that the NX needs third party support if it’s to succeed in this market. And the best way to get that is to make a console that has the hardware that developers need in order to make their games.