Pokemon GO dev says “This Summer will be legendary”

Pokemon GO took the world by storm when it was released last year, and is still one of the most popular mobile games in the world (and it’s making Nintendo tens of millions of dollars a month).

Developer Niantic is looking to making this Summer just as good as the last one, according to Archit Bhargava, global marketing product lead for Niantic.

He said at the Webby Awards, where Pokemon GO won five awards, that “This Summer is going to be legendary”. He didn’t give out any specifics, but we can imagine Niantic has something big in the pipeline for the game.

Bhargava could have been talking about Legendary Pokemon, which have been rumored to be included in the game for a while now.

We’ll have to wait and see. Are you still playing Pokemon GO? Let us know in the comments section! 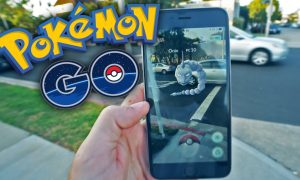