Data miners discover references to Paladins on Switch in update 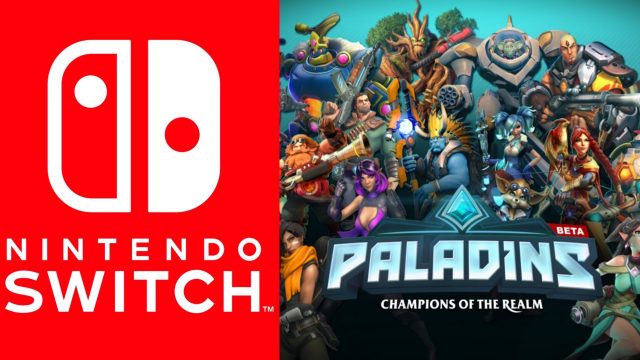 Ever since people saw that Blizzard was non-committal about bringing Overwatch to Nintendo Switch, online shooter fans have been begging Hi-Rez to consider Paladins for release on the console. Back in May Hi-Rez boss Todd Harris confirmed his company wasn’t looking at bringing the title to Switch anytime soon, but things may have changed with the recent success of the Nintendo Switch.

A lot has changed since Harris’ original statement in May, when it was still unclear if the Nintendo Switch would be a successful console or not. It has successfully kept its momentum and data miners have discovered some references to an engine config files for Switch version in the latest Open Beta 62 version of the game.

While this doesn’t confirm anything, it’s worth noting that the PS4 and Xbox One versions of Paladins were revealed in much the same manner, so perhaps Hi-Rez has had a change of heart when it comes to a Switch version. It would certainly be a golden opportunity for Paladins to jump ahead of Blizzard for Nintendo gamers if this rumor proves to be true.