Nintendo president confirms NX won’t be sold at a loss

Nintendo president Tatsumi Kimishima has confirmed that the Nintendo NX hardware won’t be sold at a loss in the most recent investor Q&A session. According to Kimishima, selling at a loss “would not support the business, so we are keeping that in mind in developing NX.”

The launch date of March 2017 has garnered some comments across the internet about Nintendo’s new console missing the holiday season, but Kimishima says this is due to needing to create a strong software line-up for the launch of the console.

“One of the reasons for choosing the launch timing that we did is so that the software lineup will be ready in time for the hardware launch. Not only at launch, but we also need to be able to continuously release titles after launch. We are planning for this to be a platform that consumers can enjoy for a long time.” 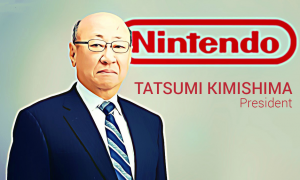