Nintendo has released more details about its recent quarterly earnings, and one of the biggest surprises is the digital game sales business.

The company’s eShops have been keeping up with overall industry trends and are seeing lots of sales volume.

In the first half of the current fiscal year, Nintendo’s digital game sales business has skyrocketed and is on track for its biggest year ever.

In the two quarters of fiscal year 2018 so far, Nintendo has earned over 20 Billion Yen on its digital stores. That’s about $175 million — the highest through the first two quarters ever.

Nintendo’s record for digital sales was back in FY 2016, where the company generated almost $400 million in revenue from digital sales.

With the current trend and the rising popularity of the Switch (not to mention the upcoming Holiday sales boom), that record could easily be broken. 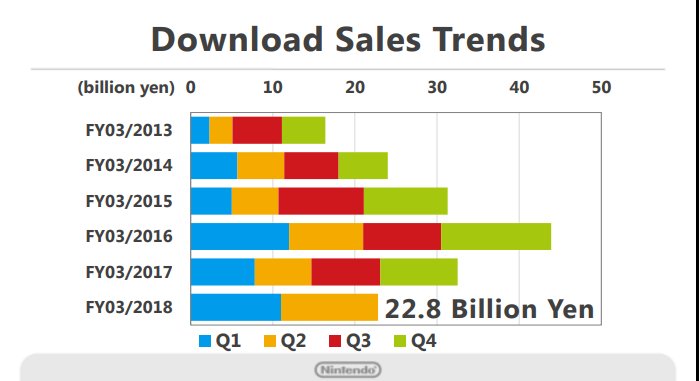