We’ve suspected it all along, and now it’s been confirmed: the Nintendo Switch runs on Linux. More specifically, the Linux Free BSD Kernel.

Last year, it was rumored that Nintendo might use a version of Android for its Switch operating system, since it’s powered by an ARM processor, a popular CPU architecture used by smartphones.

The Nintendo Switch Linux OS is used for the “under the hood” aspects of the console, as there is little resemblance to the desktop operating system. The Switch also uses Webkit for its Internet browser — another open source platform used by Google Chrome and Apple’s Safari browser.

This is the first time Nintendo uses Linux for its console — the Wii U, Wii, and other consoles all used proprietary Nintendo software. What does this mean for gamers? Not much, since it’s a heavily customized version of Linux.

Nintendo isn’t the only company using Linux for its console OS: Sony uses a version of Free BSD for its PS4 operating system. Microsoft on the other hand, uses Windows on the Xbox One.

UPDATE: As some readers have pointed out, Switch’s Free BSD kernel is more akin to Unix than to Linux, but the two share lots of similarities. 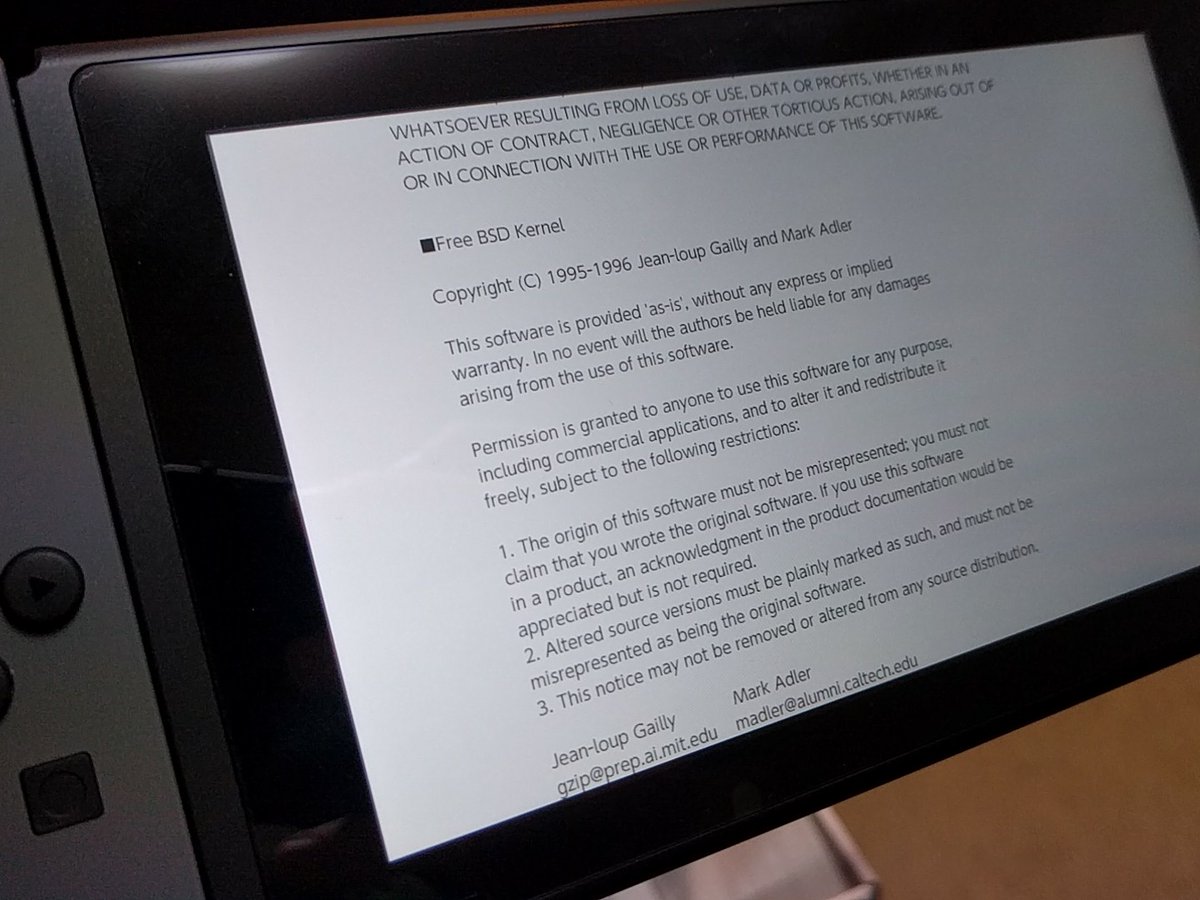