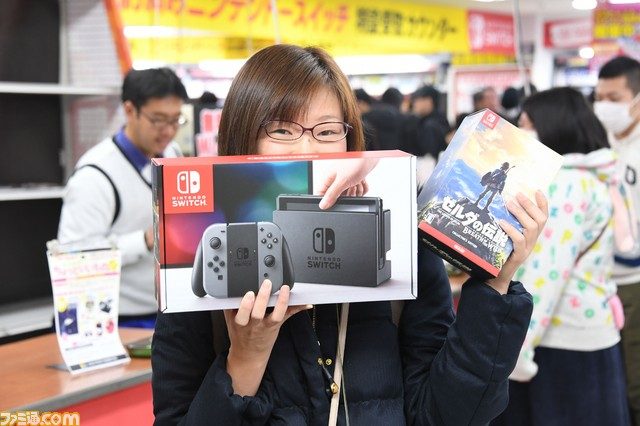 All the nay-sayers who were predicting the Nintendo Switch sales would fall off after the first month of launch have been proven wrong, as the Switch was the best-selling console in Japan for the second month in a row. The data comes from March 27th through April 30th, where the console sold 234k during the month.

Some of the best-selling games for the month were Nintendo Switch titles too, with The Legend of Zelda: Breath of the Wild on Switch still shifting a healthy amount of copies more than a month after release.

Three of Nintendo’s best-selling games last month were also on Nintendo 3DS, which saw around 130k units shifted for the month of April. What’s curious is how well Super Mario Kart 8 Deluxe is doing despite it being a “port” of a Wii U game. I’ve seen plenty of gamers here on Nintendo Today and other sites dismissing this game since it’s already been released, but it looks like it has quite a bit of staying power.