Remember the exploding Samsung Galaxy Note 7 last year? They had some serious battery problems, to say the least. And now the company that supplied those batteries will be supplying Nintendo for the Switch console.

That’s right, Japanese battery maker Amperex, a division of conglomerate TDK, will be manufacturing the lithium-ion batteries for the Nintendo Switch console.

Samsung used Amperex’s batteries in the Galaxy Note 7, a phone prone to overheating and even explosion. Samsung quickly recalled the phones — about 3 million units worldwide.

For the upcoming Galaxy S8 phone, Samsung has contracted Sony to supply batteries, in addition to Amperex and their own battery outfit. This could be a sign that Samsung is shifting away from Amperex due to the Note 7 debacle.

For the record, Amperex has denied that their batteries were the cause of Note 7’s problems, saying instead that it was due to lack of testing and problems with the phone’s design. Which wouldn’t be a surprise, as Samsung reportedly rushed the phone to market in order to get ahead of Apple.

Should you be worried about Nintendo Switch battery problems?

As for the Nintendo Switch battery, it’s highly unlikely that there will be any issues — Nintendo has a long history of making hardware, especially portable devices.

And Amperex themselves supply batteries for hundreds of different devices, only one of which has had safety problems (Galaxy Note 7) as far as we can tell — and those are tied to the design of the device, not the battery, according to reports. 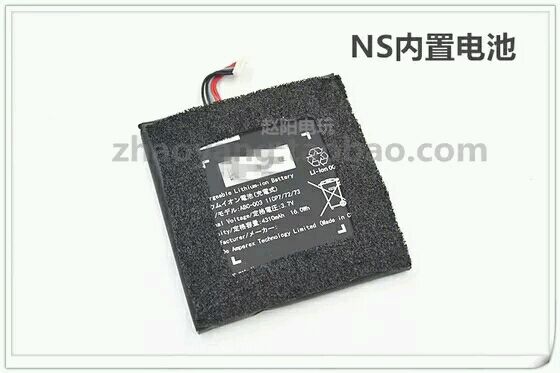