Nintendo stock traders are very optimistic about the Switch

Nintendo believes that the Switch could outsell the Wii, and Japanese stock traders appear to agree, as shares of the company have outperformed the Japanese market by a solid 20 percent since the Switch launched.

Bloomberg reports that Nintendo outperformed the broader Japanese stock market by 20 percent since the Switch launched last month. This shows that the market is very optimistic about the new console.

Which isn’t hard to believe, given the strong launch the Switch had, selling 1.5 million units during the first week on the market.

To put things into perspective, when the Wii launched back in 2006, Nintendo outperformed the market by 9 points, compared to 20 points with the Switch.

When the Wii U launched, it went the other way: Nintendo lagged behind by nearly 30 percentage points.

So if the market in Japan is any indication, the Switch will indeed be a big success. But we’re still questioning whether it will actually surpass the Wii in sales. 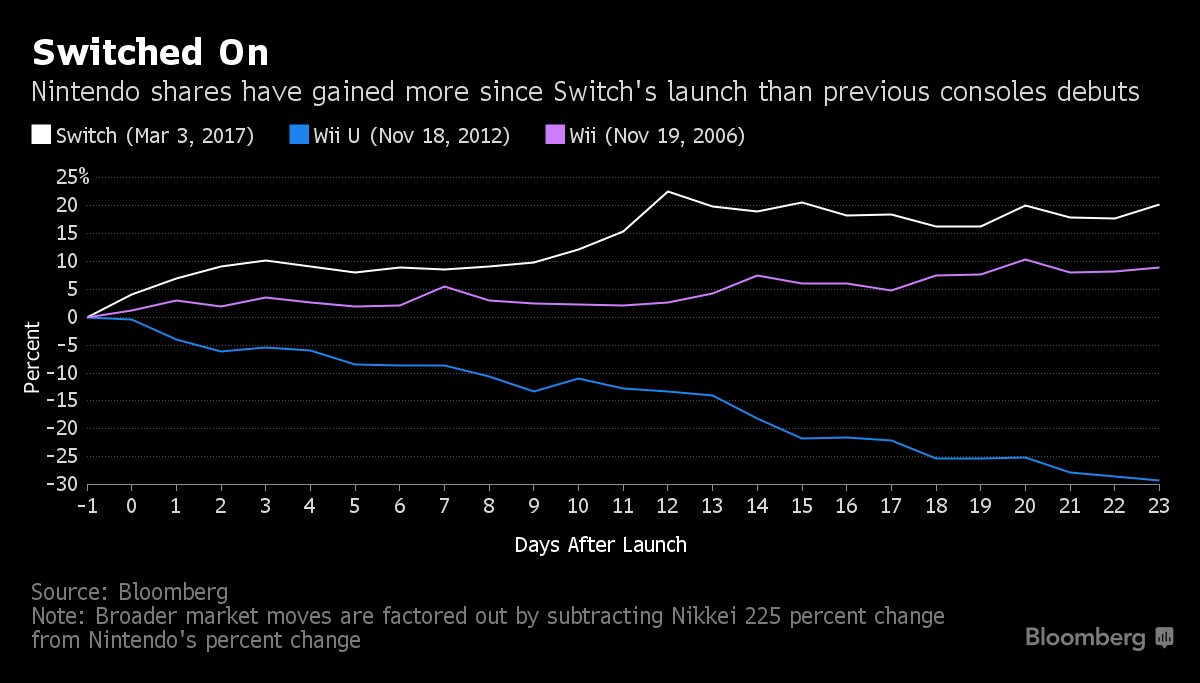