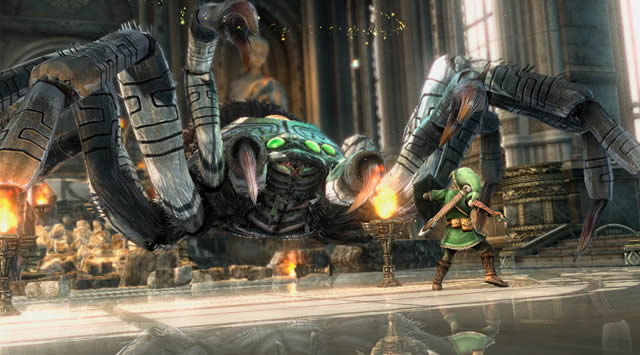 It’s no secret that we’re currently in the HD era of gaming, as this generation’s consoles introduced 720p and 1080p HD visuals. That is, with the exception of the Wii. While the upcoming Wii U will support 1080p resolution and a much more powerful graphics processor, Nintendo still doesn’t seem completely sold on the HD thing. Nintendo’s Satoru Iwata recently said during an investor Q&A, among other things:

“When you look at Nintendoâ€™s software, extraordinary rich graphics, massive gameplay volume and astonishing rendition effects are not necessarily the appealing point. It is, in fact, important for us that our games are appealing in other ways as well.”

However, Iwata did state that some games do look great and that it’s a good selling point with consumers, however, the stunning HD games usually take many more developers and a lot more time to develop. As a result, they cost more.

Nintendo obviously doesn’t make the kind of games that require ultra-realistic visuals, as their biggest franchises are Mario, Zelda, et al. But we’d still like to see Mario and Zelda on the Wii U in 1080p. Who wouldn’t?