Nintendo listened to third parties on Switch “since the beginning”

According to EA executive Patrick Soderlund, Nintendo involved third party developers and publishers since the beginning of the Switch project.

Soderlund said that Nintendo’s approach was different with the Switch, with the company allowing third parties to give their input on the console during development.

“Their approach is quite different from anything they’ve done in the past â€“ they’ve listened to EA, Activision, and other companies since the beginning of the Switch’s development, so we’ve been involved throughout the whole process.”

He added that he believes the Switch will “put Nintendo at the forefront” again, and that it’s important to EA to do business with Nintendo.

However, despite the praise, EA has only committed to just one Switch game: FIFA. As for more EA games on the Switch, the company is taking a wait and see approach — Soderlund himself said that they will support the Switch if it “takes off”.

The developer of Titanfall, which is published by EA, recently put it frankly about the possibility of Titanfall on Switch: fuck no.

Despite the mixed statements from EA on the Switch, analysts believe that the console could be quite successful: analysts over at DFC think the Switch could sell 10 million units per year. 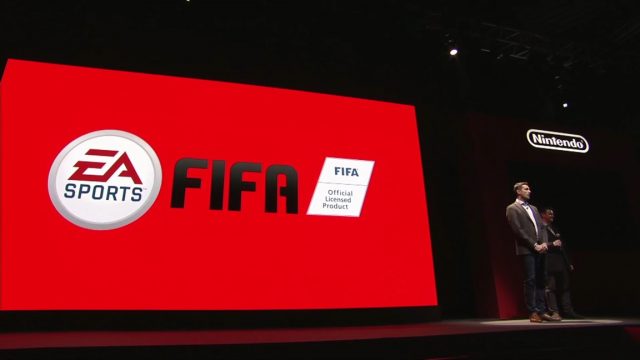