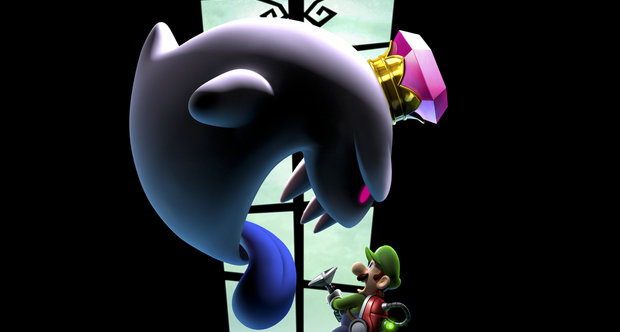 With the onset of the Internet and social media, a phenomenon known as “let’s plays” has taken off on popular video sites like YouTube. It’s essentially a full playthrough of any game with commentary from the person playing and it’s a good representation of what you can expect from a game before you purchase it. Many people, including myself, use let’s plays as a way to gauge whether a game is worth purchasing. Others use them as a way to relive their childhood, as people play through many retro titles.

Nintendo is now taking a piece of the pie according to YouTuber Zack Scott, who recently had his Luigi’s Mansion 2 let’s play videos content ID matched. What does content ID matching mean? It’s a form of copy protection afforded to copyright holders on YouTube. Instead of removing the video, ads that are displayed belong to the original copyright owner instead of the content producer. This means the person producing the content gets no ad revenue and instead, the revenue goes to the copyright holder.

As you can imagine, this has upset many YouTubers who rely on their channels and their videos to generate income for themselves. Scott recently posted about the content ID match on his Facebook page, stating:

I think filing claims against LPers is backwards. Video games arenâ€™t like movies or TV. Each play-through is a unique audiovisual experience. When I see a film that someone else is also watching, I donâ€™t need to see it again. When I see a game that someone else is playing, I want to play that game for myself! Sure, there may be some people who watch games rather than play them, but are those people even gamers?

Scott brings up a valid point, as there have been several games that I have been on the fence about purchasing and ultimately decided to buy after watching a YouTube personality have lots of fun with the title. They’re a great form of advertising and sadly, the way Nintendo is punishing people for playing their titles is going to do more harm than good, when it comes to exposure for their games. YouTube personalities will be less inclined to make let’s play series’ based on Nintendo games since they get no revenue, which decreases exposure. Word of mouth exposure has always been one of the most premium forms of advertising for games.

Even Zack Scott admitted that this decision has lead him stop featuring Nintendo games on his channel.

Since I started my gaming channel, Iâ€™ve played a lot of games. I love Nintendo, so Iâ€™ve included their games in my line-up. But until their claims are straightened out, I wonâ€™t be playing their games. I wonâ€™t because it jeopardizes my channelâ€™s copyright standing and the livelihood of all LPers.

Because of how this has affected those doing let’s plays, GameFront got into contact with a Nintendo representative, who stated this change is official and will be the future for let’s plays featured on YouTube.

As part of our on-going push to ensure Nintendo content is shared across social media channels in an appropriate and safe way, we became a YouTube partner and as such in February 2013 we registered our copyright content in the YouTube database. For most fan videos this will not result in any changes, however, for those videos featuring Nintendo-owned content, such as images or audio of a certain length, adverts will now appear at the beginning, next to or at the end of the clips. We continually want our fans to enjoy sharing Nintendo content on YouTube, and that is why, unlike other entertainment companies, we have chosen not to block people using our intellectual property.

As you can see, Nintendo believes they’re doing the right thing by continuing to allow the content to be published, but ultimately let’s players are not going to be interested in featuring Nintendo content if they’re not able to make revenue profits. What do you think? Is Nintendo right for doing content ID matches and leaving the content up? Or should they allow let’s players to have revenue from their content?