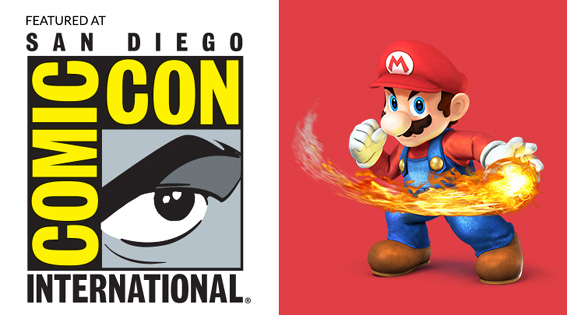 Nintendo has announced it will have a presence this year at Comic-Con, just like previous years, but this year there will be several different tournaments taking place for attendees, including the first ever Super Smash Bros. tournament geared at children 12 and under. There will also be Pokemon tournaments, as well as competitive activities for Splatoon and Little Battlers, a Nintendo 3DS game that will be playable for the first time at Comic-Con.

The Super Smash Bros. tournament will take place across two days, with the first being open to entrants of all ages, while the second will be dedicated to children younger than 12. Prizes for this tournament include an amiibo pack containing Ness, Greninja, Jigglypuff, Charizard, PAC-MAN, Wario, Robin, Lucina and Mario â€“ Gold Edition.

Aside from the several tournaments it will be offering throughout several days, Nintendo’s booth will also have several playable Wii U and Nintendo 3DS game, including some that have never been available before. Here’s a quick look at what you’ll be able to play on the show floor if you’re attending this year.