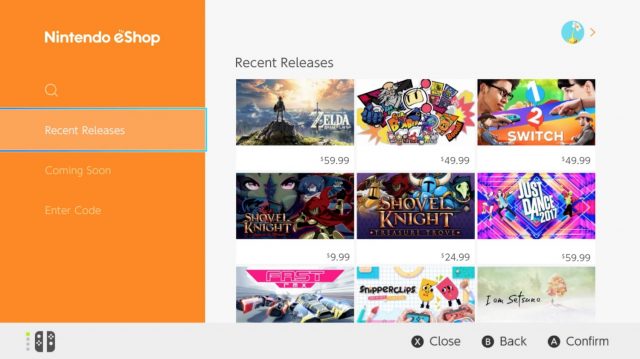 Here’s a look at everything that’s new on the Nintendo eShop this month. Personal recommendations from me include The Binding of Isaac: Afterbirth+ for those who like challenging bullet hell shooters with lots of progression and Human Resource Machine for those who like to figure out hard as hell puzzles.

Little Inferno â€“ Multiple nominee in the Independent Games Festival for the Grand Prize, Nuovo Award, and Technical Excellence, with honorable mentions in Best Design and Best Audio. Little Inferno is an adventure game that takes place almost entirely in front of a fireplace â€“ about looking up up up out of the chimney, and the cold world just on the other side of the wall.

Virtual Console on Wii U

Picross 3D â€“ Track the numbers to uncover the hidden shape in this beloved Nintendo DS classic. Tap a chisel to eliminate blocks you think donâ€™t belong or use a paintbrush to mark ones you think should stay. Beginners and Picrossseries veterans alike will love this puzzle game thatâ€™s easy to pick up, but hard to put down.

Nintendo eShop on Wii U and Nintendo 3DS