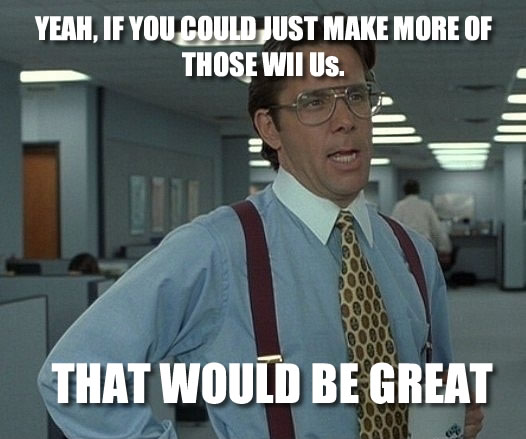 Yesterday reports spread all over the Internet that Nintendo will cease production of the Wii U this week. Now Nintendo has denied those reports, saying that they are simply “not true”.

A Nintendo spokesperson told Japanese news outfit IT Media that “There is no change to our continuing [Wii U] production”, adding that “even though the Nintendo Switch is slated to go on sale, [Wii U] production is scheduled to continue.”

And if that’s the case, the console needs a big price cut. It still officially retails for $299, which is what the Xbox One and PS4 are selling for, and those consoles come bundled with games.