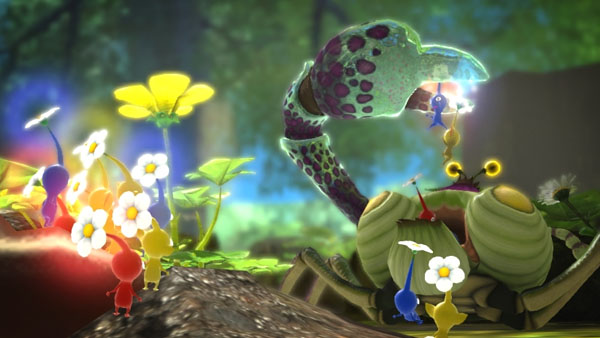 Nintendo’s Shigeru Miyamoto confirmed that the company is still working on Pikmin 4, which has been in development for a few years now.

But with Zelda: Breath of the Wild and the NX taking up vast majority of resources at the company, Pikmin 4 isn’t a top priority right now.

“Weâ€™re working on [Pikmin 4]. So, you know, when weâ€™re in development we have to create a list of priorities and it has been hard to kind of fit that into that list, but weâ€™re hopefully starting to see that on the list now.”, Miyamoto told GameRant.

Almost a year ago, Miyamoto said that Pikmin 4 was “almost done”. Which turned out to be false, as the game would have been released by now, even by Nintendo standards.