Ubisoft has announced that their upcoming Mario and Rabbids crossover game, the turn-based strategy game Mario + Rabbids Kingdom Battle, will be getting a Season Pass.

Which means they have a lot of DLC planned for the game. Mario + Rabbids will getting new solo challenges and co-op maps later this year, and new story DLC early next year.

And those who purchase the Season Pass will also get 8 exclusive Steampunk weapons at launch.

The game (and its Season Pass) launch on August 29. The Season Pass will cost $20. 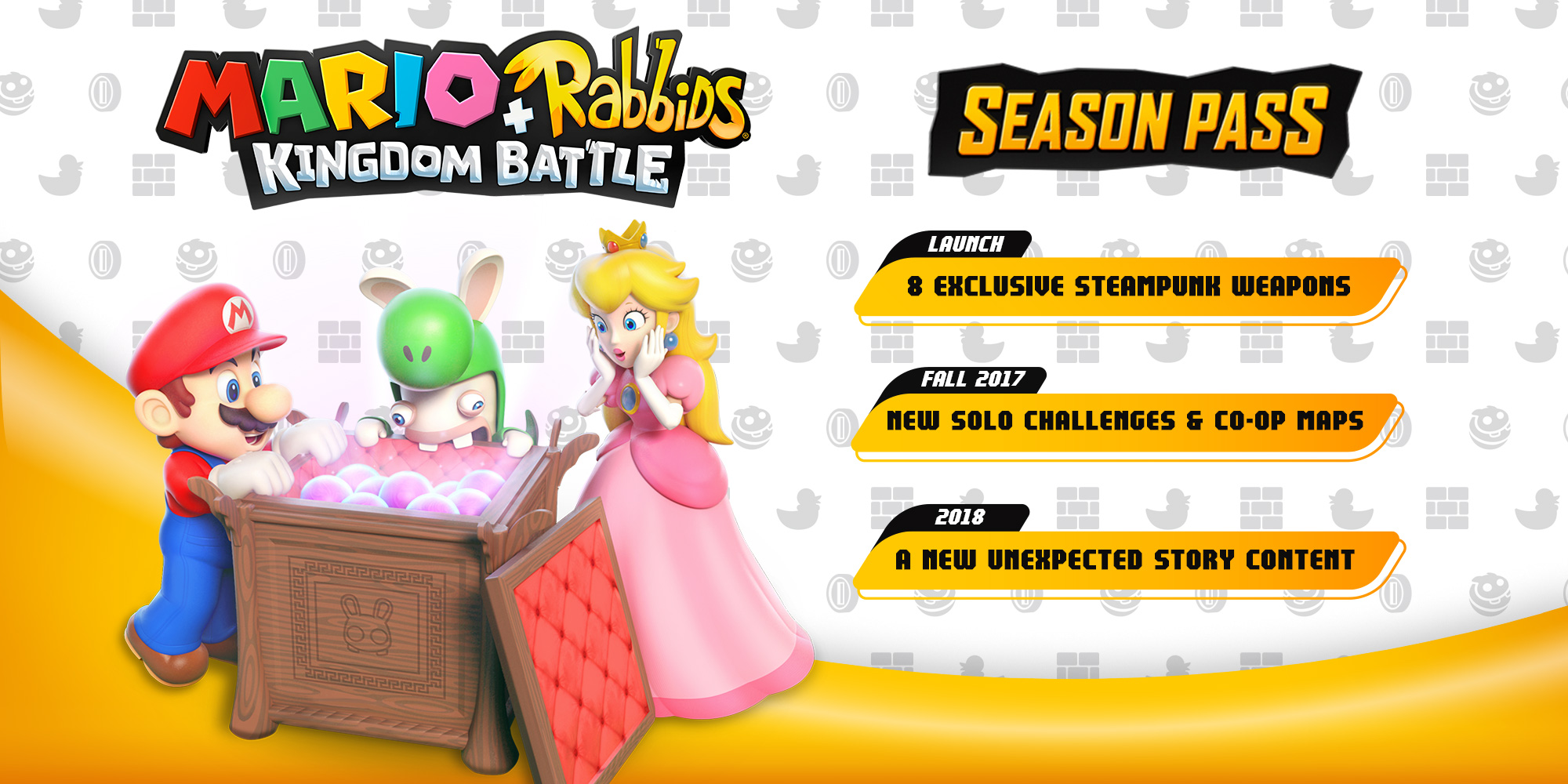