Japan gets to experience Mario Kart in VR thanks to arcades

Most Nintendo fans are familiar with all the cool stuff that Japan gets that will never make its way to the rest of the world. Case in point seems to be Mario Kart Arcade GP VR, which is a new game that will appear at some virtual reality arcade machines in Japan.

Arcade machines died in popularity in the West, so it’s unlikely we’ll see this over here unless there’s a surge in VR arcade machines in the future. Nintendo has already stated they have no interest in pursuing VR for the Switch at this time, so it’s a pipe dream for those of you who might eventually visit Japan one day.

I can just imagine a group of five or six friends all together with VR headsets strapped over their faces, tossing fake turtle shells at one another. How long before one of the headsets gets broken in a fit of rage, eh? 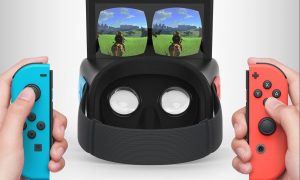 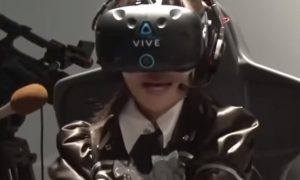