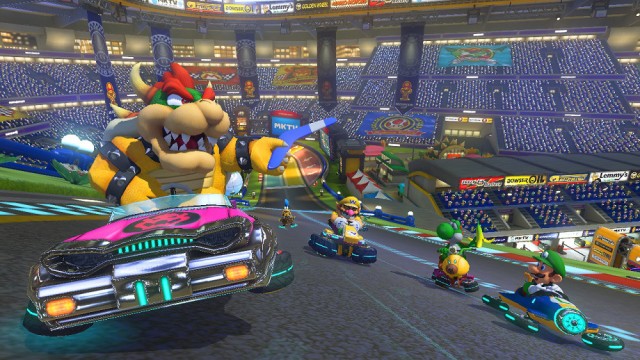 Nintendo has released an update for Mario Kart 8 today, bringing the game up to version 4.1. This new didn’t come with any patch notes, but so far what players have discovered is that 200cc mode and Mirror Mode are no longer locked behind needing all the gold trophies in 150cc mode. When the DLC patch that brought 200cc mode first launched, players needed to complete all of the 150cc tracks and win a gold trophy in order to play the new mode.

This was likely because of the sheer amount of control that’s needed in order to play competitively at 200cc mode, so there’s no telling why Nintendo decided to remove the requirement. Perhaps too many people felt like it was content they’d never see. Either way, both 200cc mode and mirror mode are not available for anyone regardless of how many gold trophies you’ve unlocked in the 150cc mode.

Other notes include small improvements to gameplay. Perhaps Nintendo is working toward patching the game so that 200cc mode doesn’t break some of the tracks, like we saw in yesterday’s video.