Reviews for one of the Wii U’s most highly anticipated games – Mario Kart 8 – have just started pouring in and you can check out ours RIGHT HERE! Rather than finding and reading them one by one, we’ve neatly organized all the best Mario Kart 8 Reviews in one place, from all your favorite sources, for easy browsing. 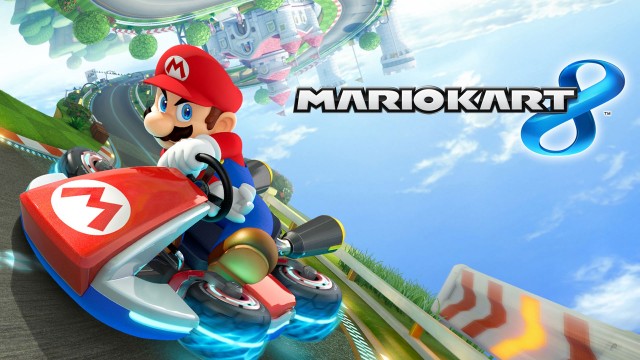 Score: 9/10
Quotable:Â Â “Mario Kart 8 is the best kart racing game Nintendo has made in a long time. It strikes a careful balance between refining old ideas while introducing fresh new ones. Admittedly, its gorgeous graphics and jazzy orchestrated soundtrack bolster its presentation, but youâ€™re getting a lot more than just looks with this one â€“ although I spent an awful lot of time gawking at the details in slow-motion, the fast and furious pace of racing with friends both locally and online is what really kept me coming back.”
[Read More]

Score: 9/10
Quotable:Â “Mario Kart 8Â is my favorite series entry sinceÂ Double Dash, and if it gets arena battle tracks at some point by way of DLC, it will be a near-perfect package. Its vibrant visuals will hold up for years to come, ensuring that the game will withstand the test of time, and it will be a staple in my household for a long, long while.” … “Superb: A hallmark of excellence. There may be flaws, but they are negligible and won’t cause massive damage to what is a supreme title.”
[Read More]

Score: 4.5/5
Quotable: “Despite an unfortunate change to its battle mode, MK8 is a solid extra lap on a series with a great foundation. The gravity-shifting sections spliced into existing and new tracks feel like a natural extension of the series rather than a gameplay-changing revelation, but it’s a strong compliment to an already enjoyable experience. The social features are surprisingly solid and may even outlive the total course selection, but it helps that the new tracks feel as worthy of a revisit as the series’ standouts.”

Quotable: “You might only be able to have tons of fun for a month or two” is the closest thing to a complaint I could level againstÂ Mario Kart 8. It doesn’t bring massive innovations to the formula, but it’s overflowing in that Nintendo magic that makes it so easy to forget about minor shortcomings. Its gorgeous looks and tightly developed sense of speed ensured that I was never left unhappy after a race, even when I blew it and came in near the end. What more could I ask for than a game that keeps me smiling even when I lose?“
[Read More]

Quotable:Â “Mario Kart 8 is a high-quality game, of that there is no question. But it often feels like you and it are simply going through the motions. And when the musical swell from Super Mario Galaxyâ€™s Gusty Garden kicks in (aah, the goosebumps!), it does hammer home the fact that this game doesnâ€™t offer anything unique of its own that sets it apart from other kart racers or even other games in the series. As a result, itâ€™s very good–occasionally superb–but not quite exceptional.” … “Mario Kart 8 is a slick and gorgeous-looking kart racer that’s perfectly solid but not always as exciting or addictive as we’ve come to expect from the series.”Â [Read More]

Score:Â 10/10
Quotable:Â “Bold, accessible, deep and rich, Mario Kart 8 is premium video game development. It feels expensive. But this isn’t the vacuous lavishness of the Hollywood blockbuster; its excesses and indulgences work towards a common goal – or rather, finish line. The game may build upon some of the steady inventions of its predecessor (the diversity of handling options, the airborne sections) but in these staggering, monument-like arenas, those ideas have been given space to fully blossom.” … “Video game players are familiar with the law of diminishing returns. Even as new entries in a series tirelessly improve upon their predecessors, our interest nevertheless wanes; with games, improved is somehow less exciting than new. Mario Kart 8 is a rare thing, then: the best entry in a series and the most exciting yet.”
[Read More]

Score:Â N/A
Quotable:Â “Put it this way: if you have a Wii U, itâ€™s the proverbial no-brainer for any sort of player, casual to pro. If you donâ€™t own a Wii U, hereâ€™s a reason to buy one, with the caveat that the Wii Uâ€™s software future looks pretty hazy right now.” … “one of the best games Nintendoâ€™s delivered, and a reminder that when the companyâ€™s firing on all cylinders â€” even when itâ€™s standing on its own shoulders, gameplay-wise â€” its creative output remains peerless.”
[Read More] 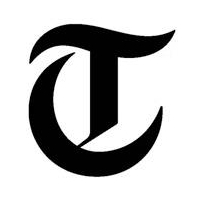 Score:Â 4.5/5
Quotable:Â “Mario Kart 8 is the series at its very best; an exciting, hilarious and satisfying to-and-fro. Move on from the training wheels of the deliberately ponderous 50cc and thereâ€™s a delicious sense of speed, whizzing along at 60fps under cerulean skies.” …Â Itâ€™s the subtle shifts in weight depending on character and vehicle choice; itâ€™s the satisfying hop that sends your kart into a drift, sparks flying as you charge a boost round a sweeping apex; itâ€™s the flick off a ramp, opening your glider and either lifting high above the track or dive-bombing into increased acceleration; itâ€™s the evil glee of a perfectly thrown green shell; the infuriating explosion of that blue one that zeroes in on the leader.” …Â Youâ€™d be hard pressed to argue against the potency and sheer joy of Mario Kart 8â€™s racing and track design.
[Read More]

Score:Â 8/10
Quotable:Â “missing features and changes for the worse are disappointing blemishes on what is still an incredibly enjoyable game.Â Mario Kart 8Â isn’t the best game in the series, but it provides enough new visual, gameplay, and track design flourishes to the well-tread core kart-racing gameplay to be worth a look.” … “looks absolutely amazing” … “Great course design matches the series standard” … “Game seems better balanced, with less cheap “rubber banding” from computer players”.
[Read More]

Quotable:Â “What it lacks in raw innovation it more than makes up for in pure joy. Mario Kart 8’s bare-bones presentation is offset by its solid core racing, and is an essential purchase for every Wii U owner who appreciates fun.“
[Read More]

This article will be updated with more reviewsÂ as they’re posted. Have one you want to see included? Let us know!